Israel has targeted Hamas sites in Gaza in retaliation for rocket strikes.

According to Israel’s military, it hit weapons sites on December 9. Two people were killed, a Gaza hospital said, bringing the deaths in Israeli strikes and gunfire over the past day to four.

On December 8, three rockets were fired at Israel from Gaza.

The December 6 decision reversed decades of US neutrality on the matter.

Israel has always regarded the city of Jerusalem as its capital, while the Palestinians claim East Jerusalem – occupied by Israel in the 1967 war – as the capital of a future Palestinian state. 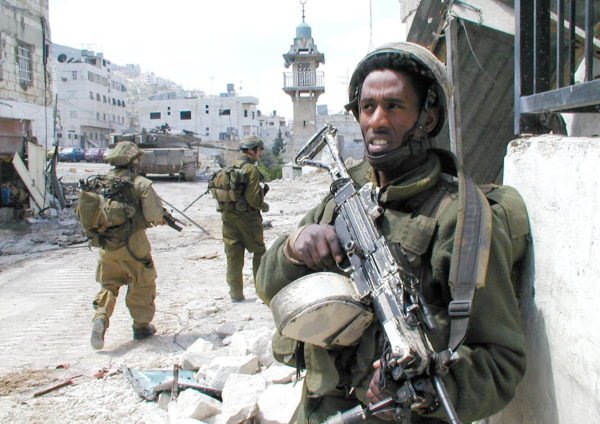 Gaza’s Shifa hospital said that two bodies of Palestinians were found under the rubble of a Hamas military site bombed by Israeli planes overnight, bringing the death toll in the past 24 hours to four, with 160 injuries. The two other fatalities came when Israeli troops fired on crowds in Gaza during clashes on December 8.

Of the three rockets fired at Israel, its military said it had intercepted one with its Iron Dome defense system, one was found on wasteland and another landed in Sderot on December 8. No casualties were reported.

On December 8, Fathi Hammad, a senior Hamas leader, said anyone seeking to move their embassy to Jerusalem was “an enemy of the Palestinians”.

Speaking before the UN on December 8, US Ambassador Nikki Haley said the United States “recognizes the obvious; that Jerusalem is the capital of Israel”.

Nikki Haley said the US continued to be “committed to achieving a lasting peace agreement”, and accused the UN of bias, saying it “has outrageously been one of the world’s foremost centers of hostility towards Israel”.

Israel had deployed extra battalions to the West Bank in anticipation of violence after Palestinian leaders called for protests after Friday prayers.

At least 217 Palestinians were wounded in confrontations in the West Bank and East Jerusalem, Palestinian medics said.

On December 8, there were protests held elsewhere against President Trump’s announcement.