Former National Security Adviser Michael Flynn was reportedly offered $15 million to help forcibly remove Fethullah Gulen from the US and deliver him to Turkey.

The matter is said to be under scrutiny in the wider DoJ investigation of alleged Russian election meddling.

Michael Flynn resigned after misleading the White House about meeting an envoy.

The alleged plot to remove the Muslim cleric was first revealed in March 2017 by former CIA Director James Woolsey.

The Turkish government accuses Fethullah Gulen, who lives in Pennsylvania, of being behind last year’s failed coup.

Fethullah Gulen is viewed as chief political rival to Turkish President Recep Tayyip Erdogan, who has repeatedly called for his extradition from the US.

According to the Wall Street Journal, special counsel Robert Mueller’s investigation is focusing on a meeting in mid-December between Michael Flynn and Turkish officials in New York.

Michael Flynn reportedly discussed having Fethullah Gulen transported on a private jet to the Turkish prison island of Imrali.

He was serving on the White House transition team during the reported meeting, which came a month before he joined the Trump administration.

Michael Flynn also met Turkish representatives in September 2016, according to James Woolsey, a board member for Flynn’s consultancy.

James Woolsey has previously told CNN that in September, “there was at least some strong suggestion by one or more of the Americans present at the meeting that we would be able, the United States would be able, through them, to be able to get hold of Gulen”. 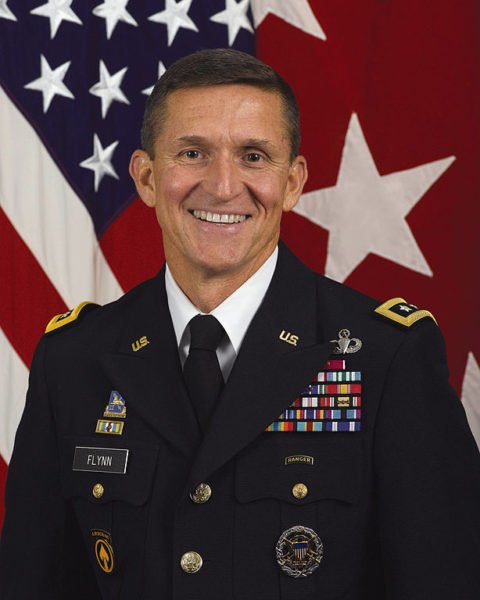 NBC reported that federal investigators are also looking into whether Michael Flynn tried to push for the return of Fethullah Gulen to Turkey during his time as White House national security adviser.

A spokesman for Michael Flynn’s company has denied he discussed any illegal actions with the Turks.

Michael Flynn was the first aide in Donald Trump’s White House to resign, after only 23 days on the job.

The retired lieutenant general had admitted lying to VP Mike Pence about a meeting with the Russian ambassador in which the lifting of US sanctions was discussed.

Michael Flynn also failed to register as a lobbyist for the Turkish government while he was seeking White House security clearance.

In 2016, his consultancy Flynn Intel Group was paid $530,000 for lobbying on behalf of the Turkish government – work which required him to register as “a foreign agent”.

According to his lawyer , Michael Flynn did not register because he was working for a Turkish businessman, rather than a government official.

Investigators are also looking into the actions of his son, Michel Flynn Jr., who worked closely with him at Flynn Intel Group.

According to both publications, Michael Flynn and the meeting participants discussed a way to free Turkish-Iranian gold trader Reza Zarrab, who is in a US jail over charges that he evaded US sanctions on Iran.