Lil Kesh is a famous and very talented Nigerian songwriter and rapper. Either you are his fan or not, if you are reading this article you are interested in this young star. Keep reading to learn interesting facts from Lil Kesh’s biography and his career.

Lil Kesh’s real name is Keshinro Ololade. He was born on the 14th of March 1995 in Bariga, Lagos State. Can you imagine that he is only 22 years old? Lil Kesh originates from Yoruba family.

Keshinro Ololade graduated Stockbridge College, Bariga. Now he is a student of the Lagos University where he studies Linguistics. 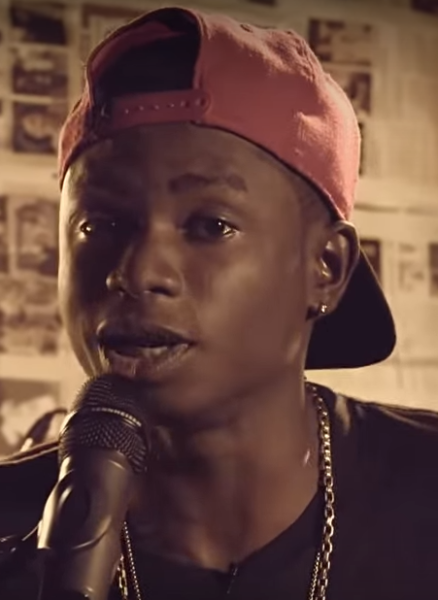 Music of this famous Nigerian singer is for those who like such styles as dancehall, hip-hop, and Afropop. The young star has already released about seven singles, but it is only the beginning of his career, so the best is still coming.

Lil Kesh felt famous after the release of his first single “Shoki” in 2012. Do you know what shoki is? Lil Kesh is also very often called as Shoki Master, as he is an inventor of the street dance with the name Shoki.

In 2014, Kesh’s fans enjoyed his next song “Lyrically”. The song interested Olamide and he invited Lil Kesh to YBNL.

2015 is the year of the third single of Lil Kesh with the cool name “Gbese”. It was at the top of many Nigerian charts for a long time. A bit later was released the single “Efejoku”. In 2016, fans of the star were glad to meet the first album of Lil Kesh titled “YAGI”.

Among nominations of the young star are the following:

Just one click and you will learn more facts about Lil Kesh.

As we have already mentioned Lil Kesh became a part of YBNL in 2014 thanks to the assistance of his friend VIktoh. Keshinro Ololade has signed a contract with YBNL for two years. After the termination of the contract, Lil Kesh decided to create his own music label named after his first album – “YAGI” (Young And Getting It). However, “YAGI” is supervised by YBNL.

These two bright Nigerian celebrities are not only colleagues but also good friends. There were even rumors that Olamide and Lil Kesh are brothers. In fact, they are not related by blood, but Olamide can be called a mentor and supporter of the Lil Kesh. He was the person who saw something special in this young boy.

Lil Kesh attracts attention not only by his music but as a handsome young man as well. A lot of young ladies are interested in the private life of this beau and wonder if he has the second half. The marital status of Lil Kesh is single, but his heart is not free. His second half is the singer Chidinma Ekile.

Lil Kesh and Chidinma kept in secret their relationships for a long time, but they were seen together at different events too often. The girl is older Lil Kesh for almost four years, but they feel very comfortable together.

Hope you have found about famous and handsome Lil Kesh something interesting especially for you. We wish the young but very promising Nigerian singer to reach new heights in his career. He is at the very beginning.