First Lady Melania Trump has responded through a spokeswoman to the president’s ex-wife Ivana, who claimed during an ABC’s Good Morning America interview that she is the actually the first lady.

Donald Trump’s ex-wife said she had a direct line to the White House but did not want to “cause any kind of jealousy”.

Ivana Trump is promoting her book Raising Trump, to be released on October 10.

She was married to Donald Trump in 1977 but they divorced in the 1990s over his affair with Marla Maples, who became his second wife.

She described President Trump as a dad: “He was not the father which would take a stroller and go to Central Park.” 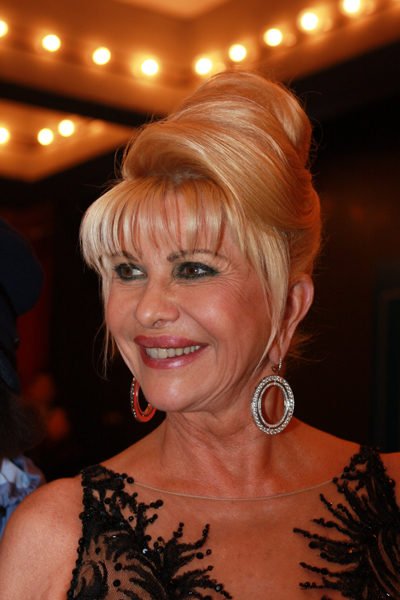 Ivana Trump also told GMA she spoke to her former husband about once a fortnight.

“I have the direct number to White House, but I no [sic] really want to call him there because Melania is there,” she said.

“I don’t want to cause any kind of jealousy or something like that because I’m basically first Trump wife. I’m first lady, OK?”

The statement read: “Mrs. Trump has made the White House a home for [their son] Barron and The President.

“She loves living in Washington, DC and is honored by her role as First Lady of the United States. She plans to use her title and role to help children, not sell books.

“There is clearly no substance to this statement from an ex. Unfortunately only attention seeking and self-serving noise.”

The exchange is thought to be the only public row between a first lady and a president’s former wife.

Before Donald Trump, Ronald Reagan was the only divorcee president.