The US and Turkey have become embroiled in a consular row, mutually suspending most visa services.

The Turkish embassy in Washington said it needed to “reassess” the US government’s commitment to the security of the mission and personnel.

A very similar statement was earlier made by the US embassy in Ankara.

This comes after a US consulate worker in Istanbul was held last week on suspicion of links to US-based cleric Fethullah Gulen blamed for the 2016 failed coup in Turkey.

The US condemned the move as baseless and damaging to bilateral relations.

According to Turkey’s state-run Anadolu news agency, the arrested consulate employee was a male Turkish citizen. 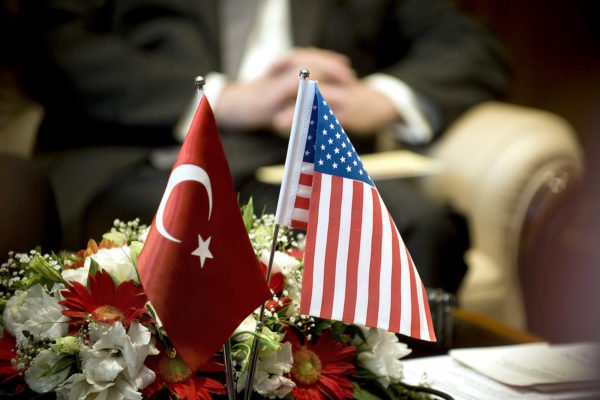 “This measure will apply to sticker visas as well as e-visas and border visas.”

The Turkish’s embassy statement is virtually the same as the earlier American one, with only country names being replaced.

The American mission said that “all non-immigrant visa services at all US diplomatic facilities in Turkey” had been suspended.

Non-immigrant visas are issued to those travelling to the US for tourism, medical treatment, business, temporary work or study.

Those seeking citizenship or permanent residency apply for US immigrant visas.

Turkey has for months been pressing the US to extradite Fethullah Gulen over his alleged role in the coup attempt in July 2016.

In the aftermath of the coup attempt, which was led by military officers, 40,000 people were arrested and 120,000 sacked or suspended.