Home Entertainment Between Fear and Fun: The 5 Scariest Games That Will Scare Your...

Almost everyone has played a video game or two. Video Games are what most people often resolve to when wanting to relieve stress or just to get away from the everyday hustle and bustle of life. Similar to the effects of movies, video games provide great entertainment through several means such as wholesome fun, action, mystery, problem-solving, etc.

Video games, however, do have a dark side. Similar to movies, games have brought nightmares to a lot of people when they play horror survival games. With immense gameplay, awesome storytelling, and fear, individuals who play these games get addicted to the thrill and adrenaline they get when facing a hidden monster or a ghoulish face scream at them out of nowhere. With that said, here is a look at the five most terrifying games produced.

The majority of the games featured in this list tackles with evading and escaping the supernatural. However, Fatal Frame 2 is the opposite of most games. Armed with a camera, the protagonist must snap photos of ghosts that they encounter along the way. The game is a unique take on the survival horror genre. The horrors of the game feature Japanese-inspired ghosts that resemble Sadako and other horror icons famous in the country.

Known for its heavy use of zombies, Resident Evil is a mainstay in most lists that feature the horror survival genre. However, Resident Evil 7 is the strongest showing in the series as of late, and a lot of people aren’t disappointed by the frights it gives. The eerie setting of Resident Evil 7 takes the player in a whole new setting filled with old shacks, rotting vegetation, gruesome images, all set on a plantation.

Leaning on towards a rare genre in the American horror scene, Resident Evil 7 is more of a “Hillbilly Horror” wherein the terrors are from seemingly brutish and uneducated people in the far reaches of American modernization. Resident Evil uses all its scares to deliver a resurgence and a fresh new look for the franchise.

From famed game director Hideo Kojima and famous Hollywood director Guillermo del Toro, P.T. is a first-person psychological horror video game which takes the player on a whole new level of fright and fear. The game was part of a teaser for the Silent Hills, a canceled installment of the Silent Hill franchise. A lot of fans praised the game for its direction, graphics, complexity, and the absolute mental horror of its gameplay.

With the game already shrouded in mystery, Konami took the game off of the PlayStation Network which prompted a lot of fans to protest, clamoring for a chance to download the game again. To this day, no traces of the game are present online which only adds to the mystery that P.T. or this “Playable Teaser” brings. 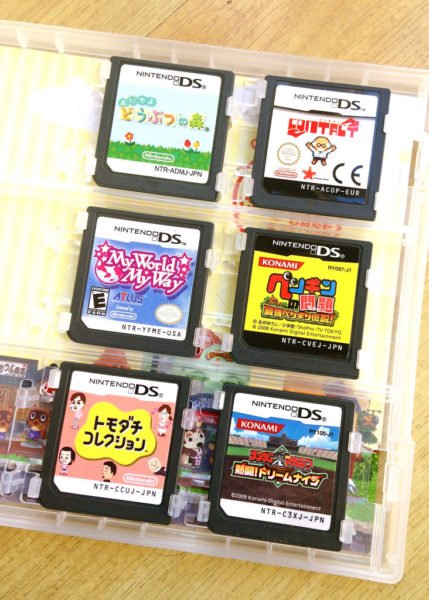 The essence of horror survival games tends to focus on action rather than the fear itself. Amnesia: The Dark Descent is an ode to the nature of what is a real fright. Games like Resident Evil, Zombie themed games, and most survival horror genre games equip a player with some melee weapon or a gun. In this game, however, you are powerless as the option to fight back is apparently absent.

If being powerless isn’t enough to scare you, Amnesia also has a unique system embedded in its gameplay that isn’t found in many horror games today. A sanity meter is a meter that tells the player of his or her sanity. Expose your in-game character to a lot of ghoulish figures, and your meter eventually fills bringing your character to insanity.

This unique system juggles the real world player’s flight or fight system which ultimately provides an exhilarating and scary experience to those who try out Amnesia: The Dark Descent.

Silent Hill 2 is the 2nd installment of the Silent Hill franchise. The game is so scary that a lot of people consider the entire franchise the brass ring for most survival horror games. Although the game makes use of relatively simple combat systems, it’s still a scary game due to the grotesque monsters you’ll get to encounter which is curiously difficult to defeat.

The game also makes use of horrible audio by playing random high-pitched noises that most people find unsettling. In the first game, Silent Hill, a similar sound plays when the radio fills with static when an enemy is close. Other sounds in the game include a baby crying, pigs squealing, gasping, footsteps approaching, glass shattering, etc. Try listening to those sounds while standing in a room alone.

Silent Hill has been long known by many as a game that strikes horror in the most unusual ways by displaying horrible and gruesome scenes to the player. Silent Hill 2 is indeed the best game to come out of the franchise, with other installments not far behind. Truly a game that will scare your wits out. Do not play this game alone, without lights.

A lot of people play horror games for the pure fun and adrenaline that comes with jump-scares and frights. Sometimes, just like movies, these games take it to the extreme by using more than just zombies and monsters as frightening themes. Some of these games stick to the more realistic form of fear.

Games like Amnesia use real fears that most people experience. Silent Hill, however, combines all those elements and molds them into an experience that players will never forget. Keep the lights on, blankets over your head, and play with a buddy, as these games are the scariest.