Apple’s iPad Mini has apparently been revealed in full for the first time in the best set of pictures yet leaked on the internet.

Sonny Dickson, a researcher for fansite 9to5mac.com, published the images on his Twitter feed yesterday, sparking a wave of excitement among Apple enthusiasts.

The images show a device that is significantly smaller than the regular iPad. According to rumors it boasts a 7.85 in liquid crystal display, making it a rival to Google’s Nexus 7 and Amazon’s Kindle Fire.

The images also show the iPad Mini utilizes the controversial new connector introduced with the iPhone 5, which has made all accessories available to previous Apple gadgets obsolete at a stroke.

It emerged yesterday that Apple had instructed suppliers in China to manufacture 10 million of the new smaller tablet computers, showing faith in their product in the face of stiff competition. 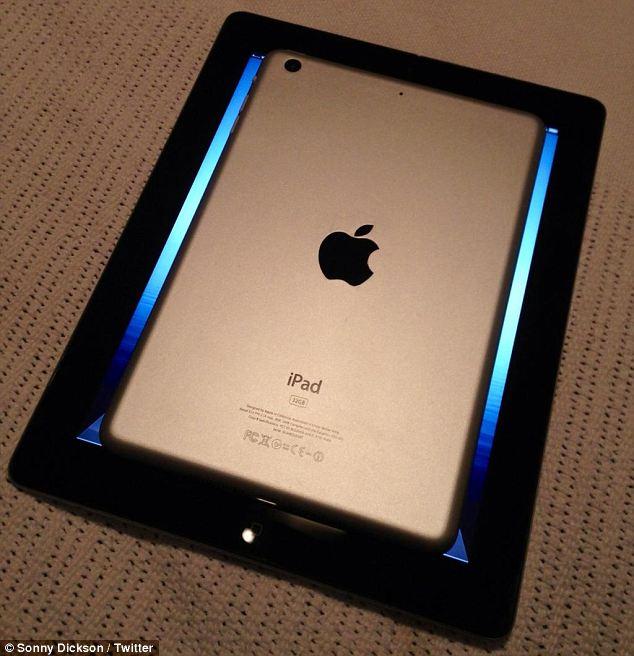 Insiders say the iPad Mini will be announced on October 17, a few days from the releases of Amazon’s Kindle Fire and Microsoft’s Surface tablets, and go on sale November 2.

As yet, however, Apple has not officially confirmed any of the reports, rumors of leaks about a smaller iPad.

Apple’s 9-inch device dominates the market, but smaller, cheaper tablets have been eating away at the iPad’s popularity. The iPad mini is expected to go on sale around the world on November 2nd, according to online speculation.

The mini is thought to be 7 in diagonally, compared to the 9.7 in of the full-size iPad.

This would allow it to be used easily on public transport, and fit into a (large) jacket pocket.

TrustedReviews is predicting the mini – which some are dubbing the iPad nano – will use a 1,024 x 768 pixel panel.

The Mini launch comes as research suggests a quarter of us – 22% – own a tablet, with another 3% regularly borrowing someone else’s tablet for web browsing.

About 68% of the 9,5123 adults surveyed said they purchased their tablet within the last year.

The U.S. survey by the Pew Research Center also suggests the flood of cheaper tablets, such as the Google Nexus or Amazon Fire, are weakening Apple’s grip on the market.

A year ago, Apple had more than 80% of the market, but this has now dropped to less around 52%.

The Kindle Fire has 21% of the market, meanwhile Samsung’s Galaxy tablet has 8%.

Out of those surveyed, 44% of adults who said they have a smartphone, 46% have an Android phone, 38% have an iPhone and 10% have a Blackberry.