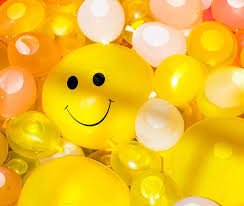 According to the fourth World Happiness Report, Denmark is the world’s happiest country while Burundi is the least happy.

The new survey also found that countries where there was less inequality were happier overall.

Switzerland, Iceland, Norway and Finland, which like Denmark have strong social security systems, made up the rest of the top five.

At the bottom of the 156 countries on the list was Burundi, which is experiencing severe political unrest and the threat of violence. It scored worse than Syria, where a civil war has killed more than 250,000 people over the past five years.

The survey found Syrians had a better healthy-life expectancy and were also seen as being more generous than Burundians and people in the three other nations – Togo, Afghanistan and Benin – making up the five least happy countries.

Northern America, Latin America and the Caribbean and Europe were the happiest regions overall.

South Asia and sub-Saharan Africa were the only regions where the average rating for wellbeing was less than five out of 10.

The World Happiness Report – compiled by the UN’s Sustainable Development Solutions Network (SDSN) – is an analysis of Gallup World Poll data generated from surveys of 1,000 people in each country every year for three years. They were asked to evaluate their lives on a ladder scale of zero to 10.

The report found that people are happier living in societies where there is less inequality of happiness. Likewise it found that the bigger the gap – or inequality – in a country’s happiness, the more widespread unhappiness is as a whole.

It also looked at social support – defined as being able to count on someone in difficult times – and the presence or otherwise of corruption.