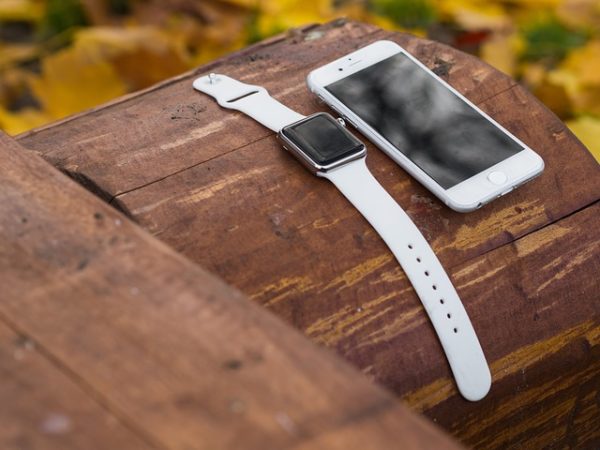 The wearable tech industry is coming into its own. The first couple generations of clunky fitness bands and glitchy smartwatches have given way to a dizzying variety of sleek, stylish wearables suited to virtually every taste and budget.

All this variety is great news for active folks who prefer their lifestyle choices to complement their style, not work against it. If you’re looking for ways to make a statement with your wearable accessories, here’s what you need to do.

Ten years ago, “athleisure” was barely a thing. Today, it’s the apparel of choice for fashion-forward fitness enthusiasts.

The problem is, not all athleisure is created equal. If you already have a smartwatch in hand, look for form-fitting tops and leggings that complement its bulk and color scheme. Remember, your smartwatch is part of your wardrobe — even if it sometimes seems like an add-on.

If you wear a medical alert bracelet, why not choose one that you’re actually proud to show off? The medical alert industry is more responsive than ever to users’ aesthetic preferences; leading manufacturers are investing in sleeker, lighter, more visually appealing options as you read this.

For instance, the GreatCall Lively Mobile Medical Alert is super fashionable, with tasteful silver or gold color options that perfectly complement your everyday jewelry choices: white gold pendant, pearl necklace, wedding ring. It’s lightweight, weighing in at just 1.41 ounces. And, according to this GreatCall review, service starts as low as $19.99 per month — a bargain next to pricier systems.

Your smartwatch need not sport a space-age look. Some of the best smartwatches on the market, like the ASUS Zenwatch 3, sport timeless veneers with off-gold or chrome finishes — a welcome alternative to those buggy, boxy market leaders. A thorough inspection might reveal its pedigree, but at a quick glance, you’d never know it’s not a Rolex.

Swap out your bracelet for a bangle-style fitness tracker that fits snugly against your wrist. Some of the top activity band brands on the market offer bangle-style options in addition to classic rubber-style bands. If your budget allows, why not opt for both — bangle for buttoned-up settings, rubber for solo workouts?

Not all fitness trackers resemble bracelets. As wearable tech has improved, key components are smaller than ever. Some wearable market leaders, like Ringly and Motiv, specialize in fitness trackers that can quite literally fit around your little finger (though they’re technically outfitted for ring and second finger sizes). If you’re curious about the wide world of miniature fitness trackers, read up on the best smart rings — and check back often, as the state of the mini-tracker art is constantly changing.

Does Your Wearable Tech Pass the Fashion Tech?

The wearable tech space is changing by the week. If none of these wearable fashion ideas tickle your fancy, don’t sweat it — tomorrow is another day.

Of course, fashionable wearables don’t exist in a vacuum. Your other fashion choices — your jewelry, clothing accessories, wardrobe, your hair and makeup — all work in concert. A few tweaks here and there can dramatically alter the final composition. Never forget that you’re in the driver’s seat here.

China’s army has imposed a ban on smartwatches and wearable tech over security fears.

According to the People’s Liberation Army Daily, the Chinese military’s official newspaper, security concerns had been raised after one recruit had received a smartwatch as a birthday gift.

One expert said the move was a natural extension of restrictions already placed by most armies on mobile phones.

The warning was prompted by one incident in a military district in East China where a new recruit received a smartwatch as a gift from his girlfriend and tried to use the device to take a photo of his fellow soldiers.

His squad leader stopped him and reported the matter to higher authorities, which ruled that such devices can harm military action and security.

The newspaper said the country’s agency responsible for protecting state secrets subsequently issued the following decree: “The use of wearables with internet access, location information, and voice-calling functions should be considered a violation of confidential regulations when used by military personnel.”

It reported that teaching materials and warning signs had subsequently been created to ensure that the message was spread among military personnel.

“The moment a soldier puts on a device that can record high-definition audio and video, take photos, and process and transmit data, it’s very possible for him or her to be tracked or to reveal military secrets,” the newspaper added.

One expert suggested, however, that the rise of wearable tech posed a challenge to military forces across the globe.

The army ban comes on the heels of a separate controversy over a Chinese TV anchor who appeared on-air wearing what looked like an Apple Watch and was accused by some viewers of “showing off her wealth.”