Have you ever wondered where all the different styles and fashion senses that people all over the world adorn every second of the day stem from? Have you ever contemplated why people of different cultures dress in different ways to you? Well, here we attempt to figure out the very ambiguous question that is: why do we dress the way we do?

In the answering of this question, first and foremost, you need surely look no further than reasons of practicality. For instance, it is no wonder that Emirati attire (fashion in the UAE) is dominated predominantly by veils and robes; the temperatures that are reached in the Arabian peninsula makes this type of clothing a necessity as it not only allows for a cool air flow but also, most importantly, it offers protection from the burning sun. So, seemingly, the fashion sense of a culture is brought about predominantly through the practical job it can do for those that wear it and the protection it can offer them against the elements that surround them. 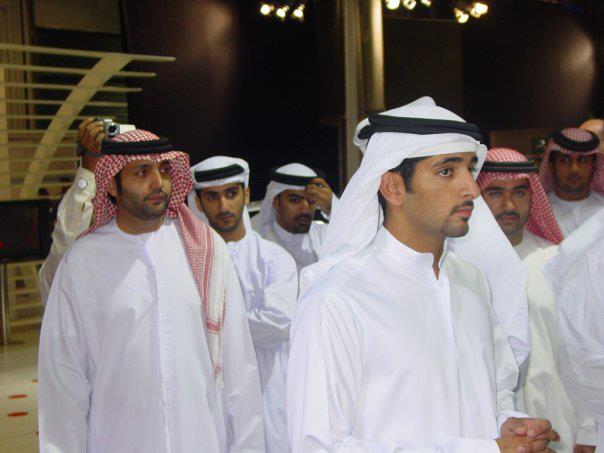 But what about those pieces of clothing that seemingly offer no practical use? When you consider the fact that the Scottish national dress, the kilt, is not the most practical of garments to adorn in that part of the world due to the cold weather that is experienced there, it has to be questioned as to whether or not fashion sense is brought about through an accumulation of rules and traditions set in place in a bygone time instead. In this sense it is seemingly not always the place in which a culture is based, it is the culture itself that chooses the clothes that are worn; this kind of approach to clothing that is chosen by individuals in a certain culture is the one that creates sentimentality. The history of the diamond, for instance, shows no evidence that diamonds benefit everyday life at all but they do offer great significance in regards to what they represent to those that wear them. Whether it be to show an engagement, to attract others, to pay homage to people of the past or to showcase financial prowess, wearing and even giving diamonds is a clear sign, notably in western cultures, that tradition, symbolism and sentimentality play a pivotal role in the clothes and accessories that we wear.

Considering the fact that the human form doesn’t generally vary much it is crazy to understand why there is such a variety in the clothing choices of the human race. One thing is for certain though, despite how crazy it may seem, without the variety displayed in regards to fashion the world that we know today simply would not be the same. So the next time you see somebody wearing something that you wouldn’t wear yourself, instead of berating them for their choice of clothing, applaud them, and yourself, for being different to one another. If you want to delve further into the reasons why there is such a difference in fashions across the globe, and why certain ones are chosen over others, then make sure to check out Colin McDowell’s The Anatomy of Fashion: Why We Dress the Way We Do.

There is nothing more classic and timeless than a crisp white oxford shirt. It can be work with a suit for smarter occasions, or dressed down with chinos and jeans. It is good to have one that isn’t always worn to the office but perhaps kept for more special occasions like weddings, for example. The brighter white the shirt, the better!

Even if you don’t wear a suit to work, you need to have one in your wardrobe. All sorts of occasions can crop up where one is required. It can be hard to find a good, well fitting one last minute. So always having one in the home is a must. If you can, try and get a custom made suit. Then it will look even better on you as it is made just for you. If you’re interested in getting one but haven’t got an idea of where to start, have a look online. Lanieri is a website that you could look at, as well as somewhere like GQ.

Sweaters are a must for when it isn’t quite weather for a coat, but still not warm enough for just a t-shirt. Choosing a color like gray means that it will go with most things too. Just even think of the things on this list; dark denim and a white oxford shirt. For a date or an evening out, those three are a classic combination!

No man’s wardrobe is complete without a stylish timepiece. They compliment any outfit and add instant sophistication. Some great styles to look at are the likes of Daniel Wellington or Bell & Ross if you are feeling flash.

Whatever your style is, ankle boots are a great staple in your wardrobe. They look great with jeans and work for a lot of seasons, except perhaps summer. They could be a little more biker style, Dr. Marten style mens leather dress boots or more of a chukka style boot. They can be worn with skinny jeans tucked in or just underneath regular fit jeans. Ankle boots are timeless, and they are durable too. So invest in a quality pair and they will last you a long time.

Kim Kardashian is openly admitting changing her style since she started dating Kanye West earlier this year, but she or her new stylist isn’t likely to win much praise for this unflattering outfit as she arrived at Los Angeles’s LAX airport.

The shapeless dress swamped Kim Kardashian’s diminutive height and famous curves as she walked through the airport.

The reality star teamed the outfit with a pair of $1,695 black fold-over Givenchy boots, which she also owns in cream.

No doubt fans of Kim Kardashian will wonder if this outfit is suggestion by her rapper boyfriend, who was seen going through her wardrobe in a recent episode of the show.

Kim Kardashian claims she is now dressing more “sophisticated” after hiring a new stylist introduced to her by Kanye West.

She said last week: “So I introduced my stylist into the mix so we can kind of collaborate on a more sophisticated look on something that I felt kind of reflects my own personality and the changes that I’ve had in my life.”

Kim Kardashian admitted she didn’t throw out her old clothes, but simply put them in a guest room.

She explained: “In regards to all the clothes, I definitely kept all the stash to the side for a couple of months to make sure that I liked the new stylist that he introduced me to. I put all my stuff in a guest room of mine for two months and once I didn’t really feel the need to take anything – I liked evolving, I liked growing up a little bit.”

As she prepared to board a flight to New York on Tuesday, Kim Kardashian also took to her Twitter account to announce that she is embarking on a three-month-long trip.

While Kim Kardashian was keen to give her fans a teaser as to what they can expect, she wasn’t about to spill the beans on her travel plans.

When asked by a fan where she was heading, the star kept coy and responded: “Can’t say yet but it will be revealed during our season finale. But were soooo excited!!!”

However, Kim Kardashian earlier had used the micro-blogging site to say she is making a brief return to New York and was wrapped up warm when she arrived at the airport this evening.

Kim Kardashian was seen sporting a mod style in a monochrome wool dress with a pair of knee-high slouchy black boots.

The curvy brunette may have been jet-setting in recent days but her mother has enjoyed spending some time in New York where the youngest members of the brood, Kendall and Kylie, have been walking in fashion shows.

1. Always pick the right bra as clothes mould to your shape and even tightening the straps can make a difference. A tighter band and fuller cup appears more youthful.

2. Play to your strengths by picking one area and choosing garments with features that draw attention to it.

3. Avoid washed out or drab colors all over your body and instead make a color statement.

4. Choose classic garments that are shaped with gentle tailoring to give a youthful silhouette, with vertical seaming giving a streamlining effect.

5. Have fun with accessories. Bags, shoes, belts and statement jewellery are a great way to bring an up to the minute trend into your wardrobe and re-invigorate your look.