At least 37 people have died and dozens are missing as floods and landslides ravaged northern and central Vietnam.

Thousands of people have been evacuated from their homes, as a tropical depression sweeps across northern and central Vietnam.

Among the missing is a local journalist reporting on the floods, who was swept away after a river bridge collapsed. 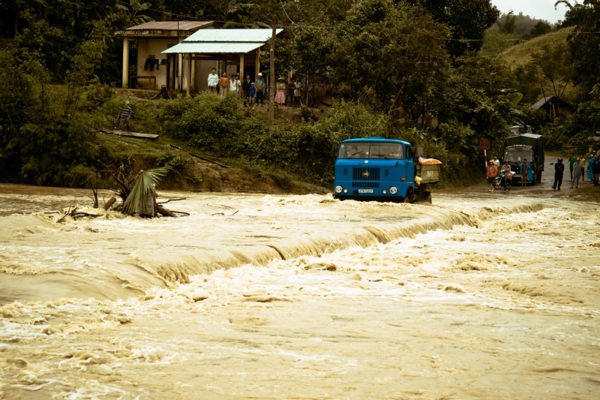 The latest bout began on October 9, and weather officials have warned that the tropical depression may intensify into a more powerful storm in coming days.

The northern Yen Bai and Hoa Binh provinces have been particularly hard hit, with reports of widespread inundation and deadly landslides, and homes washed away.

On October 11, several people, including a Vietnam News Agency reporter, were swept away by a torrential river after a bridge they were crossing in Yen Bai collapsed, local media said.

According to state media, meanwhile 18 people were buried in an overnight landslide in Hoa Binh, with most of them still missing by October 12.

Hundreds of soldiers have been deployed for rescue efforts. A disaster agency official told AFP that they were “mobilizing all forces to search for the missing”.