Home Tags Posts tagged with "us and north korea"

us and north korea

The president tweeted that insufficient progress was being made in dismantling North Korea’s nuclear program.

President Trump also suggested China was not doing enough to put pressure on North Korea – due to trade tensions with the US.

After his summit with the North Korean leader Kim Jong-un in June, Donald Trump said North Korea was no longer a nuclear threat.

However, since then there have been several reports that it is failing to dismantle nuclear facilities.

The UN’s nuclear agency (IAEA) has also said North Korea is continuing with its nuclear program.

Mike Pompeo was due to head to Pyongyang next week with his newly appointed special envoy for North Korea – Stephen Biegun, a retiring Ford executive.

It would have been the secretary of state’s fourth trip, though he was not expected to meet Kim Jong-un.

President Trump took a swipe at China in the second of three tweets on the issue.

He tweeted: “…Additionally, because of our much tougher Trading stance with China, I do not believe they are helping with the process of denuclearization as they once were (despite the UN Sanctions which are in place)…”

China and the US are embroiled in a tit-for-tat tariff war after President Trump complained about the size of the US trade deficit with China and what Washington sees as other unfair trade practices.

However, only two days ago President Trump said China had been a “big help on North Korea”.

President Trump tweeted: “…Secretary Pompeo looks forward to going to North Korea in the near future, most likely after our Trading relationship with China is resolved. In the meantime I would like to send my warmest regards and respect to Chairman Kim. I look forward to seeing him soon!”

However, there have been ups and downs in the Trump-North Korea relationship since then.

After a visit by Mike Pompeo in July, North Korea condemned his “gangster-like demands”, only for another trip to be announced, albeit now cancelled.

The summit itself was called off in May – President Trump citing Pyongyang’s “open hostility” – only for it to take place after all.

The US has made clear that it wants to see an end to North Korea’s nuclear activities before it will consider lifting economic sanctions.

The summit was seen as possible turning point after a ratcheting up of tensions.

North Korea had carried out a sixth nuclear bomb test in September and boasted of its ability to launch a missile at the US. 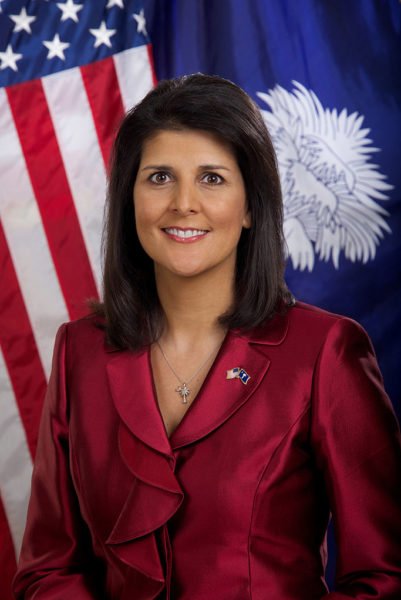 Secretary of State Rex Tillerson has said that the US is open to negotiations with North Korea aimed at removing nuclear weapons from the region.

However, Rex Tillerson said the US would use military force if necessary.

Rex Tillerson told a UN Security Council meeting that the threat of North Korea launching a nuclear attack on its neighbors was “real”.

The secretary of state called on other countries to isolate North Korea diplomatically.

Speaking to the UN Security Council, Rex Tillerson said the US would use diplomatic and financial measures against North Korea – including potential sanctions on companies or individuals with ties to North Korea – but would be willing to consider military action if necessary.

For years, he said, North Korea had dictated the terms of its dangerous course of action.

“It’s time for us to retake control of the situation,” he said.

“The threat of a North Korean nuclear attack on Seoul or Tokyo is real, and it is likely only a matter of time before North Korea develops the capability to strike the US mainland.”

“The use of force does not solve differences and will only lead to bigger disasters,” Wang Yi said.

“Peaceful settlement of the nuclear issue on the Korean peninsula through dialogue and negotiations represents the only right choice that is practical and viable,” he added.

The US has rejected the idea in the past, saying the nuclear program must be halted first.

Russia said use of force would be “completely unacceptable”. Deputy Foreign Minister Gennady Gatilov also called on North Korea to end its nuclear and missile programs.

“The combative rhetoric coupled with reckless muscle-flexing has led to a situation where the whole world seriously is now wondering whether there’s going to be a war or not,” he told the Security Council.

“One ill-thought-out or misinterpreted step could lead to the most frightening and lamentable consequences.”

North Korea has made repeated attempts to miniaturize nuclear warheads and fit them on long-range missiles capable of reaching the US.

It has also made several military shows of strength in recent weeks and the US has sent warships and an anti-missile system to the region in response.