Uma Thurman has sent out a Thanksgiving message venting anger at Harvey Weinstein, who has been accused of harassment and assault by dozens of women.

The actress did not detail any personal issues but added: “When I’m ready, I’ll say what I have to say… stay tuned.”

Uma Thurman’s message wished a happy Thanksgiving to everyone “except you Harvey and all your wicked conspirators”.

The 65-year-old Hollywood producer denies all allegations of non-consensual acts. 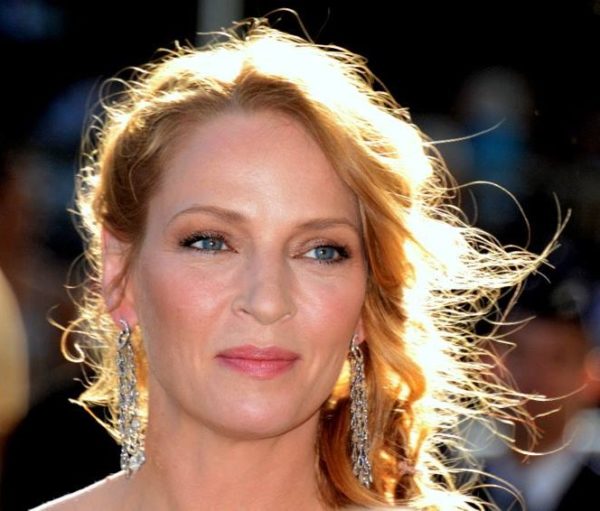 Writing on Instagram, Uma Thurman said she had “a few reasons” to be angry.

She added: “#metoo in case you couldn’t tell by the look on my face.”

The hashtag has been used by women to share stories of harassment and assault.

She also said: “I feel it’s important to take your time, be fair, be exact.

In an earlier interview, Uma Thurman said it was commendable that women were speaking out about harassment and assault.

“I have learned, I am not a child and I have learned that… when I’ve spoken in anger, I usually regret the way I express myself,” she said.

“So I’ve been waiting to feel less angry. And when I’m ready, I’ll say what I have to say.”

Uma Thurman has appeared in a number of movies that were produced by Harvey Weinstein, including Pulp Fiction and Kill Bill.

Nena von Schlebrugge, Uma Thurman’s mother, posed for Vogue when she worked as model in the 1950s.

Norman Parkinson first spotted Mexican-born Nena von Schlebrugge’s model potential when he met her in Stockholm, Sweden, when she was 14-years-old. He was one of the first photographers to take the models out of the studio and into more unusual environments.

The photographs are to go under the hammer at Christie’s London in September.

Nena von Schlebrugge went on to have a successful modelling career as she moved to New York and posed for the Ford Modelling Agency.

She later married Robert Thurman and had four children, including Uma, who has starred in films including Kill Bill and Pulp Fiction.

Uma Thurman said she is full of admiration for how her mother pursued a modelling career when she was still just a teenager.

“She’s a very strongly independent person. She went off to make her future at a really young age. At around 15, she went from Stockholm to England. Imagine that in about 1950,” told Reader’s Digest Australia.

Uma Thurman added that she’s surprised when people say she has inherited her mother’s good looks.

“I’m not classically attractive. I’ve always been sort of an acquired taste,” she said.

The actress said that her mother, who is now managing director of Menla Mountain Retreat in New York state, warned her not to get “attached” to beauty.

“My mother always made it very clear to me that, whatever you look like now, you’re going to look worse later. Don’t get too attached to your beauty because it’s not yours to keep. Don’t go around thinking that it’s some big bonus and that you can count on it,” she said.

No other details were immediately available. Uma Thurman has given birth to her third child

Sources say the pair were had not planned to start a family together, but are thrilled at the news.

“Uma was definitely not planning on having another kid. It was a surprise,” a source told Us Weekly in February.

“But she’s over the moon about it, very excited.”

Uma Thurman has made it clear that she’s very much in love with Arpad.

She said last year: “I have something I would really like to express about my love life. I’m happier with it now than I’ve been in many, many years. Yes I’m trying to have as peaceful a personal life as possible.”

The couple celebrated their impending new arrival with a pink elephant-themed baby shower in New York in May.