Two votes are being held in Turkey on June 24 – one to choose the country’s next president, and another to pick members of parliament.

Turkish voters will decide whether to grant President Recep Tayyip Erdogan a second five-year term, in the most fiercely fought elections in country in years.

Polls opened at 08:00AM local time in presidential and parliamentary votes.

Turkey remains under a state of emergency imposed in the aftermath of a failed coup in July 2016.

These elections were originally scheduled for November 2019, but were brought forward by President Erdogan.

Recep Tayyip Erdogan and his main rival Muharrem Ince both held huge rallies on June 23, their final day of campaigning – and each branded the other unfit to run Turkey. 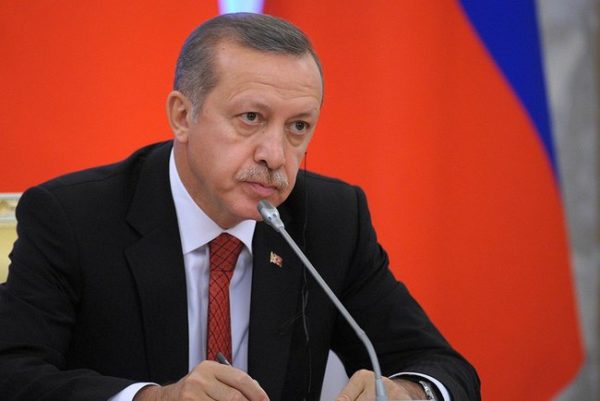 Muharrem Ince, whose fiery campaigning has revitalized Turkey’s demoralized opposition, promised to push back what he characterized as a slide into authoritarian rule under Recep Tayyip Erdogan.

He told at least a million people gathered in Istanbul: “If Erdogan wins, your phones will continue to be listened to… Fear will continue to reign. If Ince wins, the courts will be independent.”

Muharrem Ince also said that if elected, he would lift Turkey’s state of emergency within 48 hours. Emergency rule allows the government to bypass parliament.

At his own rally, Recep Tayyip Erdogan – who was prime minister for 11 years before becoming president in 2014 – used a violent metaphor to summarize his hoped-for result, asking supporters: “Are we going to give them an Ottoman slap [a technique for knocking someone out] tomorrow?”

The incumbent president accused his rival – a former teacher and lawmaker of 16 years – of lacking the skills to lead.

“It’s one thing to be a physics teacher, it’s another thing to run a country,” President Erdogan said.

Around 60 million Turks are eligible to take part in today’s vote.

Six candidates are vying for the presidency, and if one of them wins more than 50% of the vote they will be elected outright.

If nobody hits that threshold, the top two will face off in a second-round vote on July 8.

Recep Tayyip Erdogan will be hoping to win decisively, as a run-off vote could end in defeat or narrow his margin of victory.

In the parliamentary election, President Erdogan’s AK Party (AKP) will face a tough battle to keep its majority in the 600-seat assembly.

Suleyman Demirel, who held office from 1993 to 2000, died early in the morning on June 17 in Guven Hospital.

The former president had reportedly been treated for a respiratory tract infection.

Suleyman Demirel led the Justice Party from 1964 until a military coup in 1980, which led to him and other politicians being banned from politics.

The ban was lifted in 1987, when Suleyman Demirel formed the True Path Party (DYP) and became president six years later.