He is also on course to become the world’s youngest national leader.

The People’s Party was set to win more than 31%. It is so far unclear whether the Social Democrats or the far-right Freedom Party will finish second.

Short of a majority, the People’s Party could seek an alliance with the anti-immigration Freedom Party.

Addressing his supporters on October 15, Sebastian Kurz said: “It is time for change in this country. Today is a strong order for us, to change this country, and I say thank you to you all who made this possible.

“I’m overwhelmed, I am happy, and I look forward to working for Austria.”

Before the election, Sebastian Kurz served as Europe’s youngest-ever foreign minister, after he was appointed in 2013 aged just 27.

In May 2017, he became the leader of the People’s Party. He began his political career in the youth wing of the party, which he chaired before moving on to serve on Vienna’s city council. 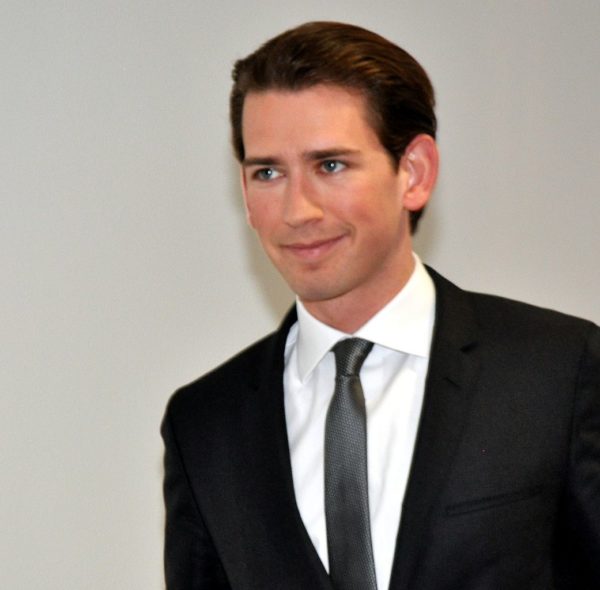 Nicknamed “Wunderwuzzi” (very roughly translated as wonder hotshot), Sebastian Kurz has been compared to the young leaders of France and Canada, Emmanuel Macron and Justin Trudeau.

Much like Emmanuel Macron, Sebastian Kurz has created a movement around himself, rebranding the People’s Party – which has been in power for more than 30 years – as “The New People’s Party”.

Immigration was the dominant issue in the run-up to the vote, and Sebastian Kurz moved his party to the right in the wake of Europe’s 2015 refugee crisis.

The young man appealed to conservative and right-wing voters with pledges to shut down migrant routes to Europe, cap benefit payments to refugees, and bar immigrants from receiving benefits until they have lived in Austria for five years.

The rightward shift was seen as a response to the success of the Freedom Party, which narrowly missed out on the presidency in December when Norbert Hofer was defeated by Alexander Van der Bellen, head of the Greens.

The stance proved popular with Austrian voters after a huge influx of undocumented refugees from the Middle East and North Africa.

The Freedom Party accused Sebastian Kurz of stealing their policies with their candidate, Heinz-Christian Strache, calling him an “imposter”.

Sebastian Kurz is on course to win the lion’s share of the vote but not a majority. If the forecasts are correct, he will need to form a coalition, most likely with the Freedom Party.

The last coalition between the Social Democrats and the conservatives fell apart this spring – and there may be reluctance to renew it. However, an alliance with the populist, far-right Freedom Party could prove controversial among Austria’s EU counterparts.

Sebastian Kurz refused to discuss his plans, saying only that he would talk to other parties. He says he wants to wait for final results.

Sebastian Kurz, 27, was one of 12 ministers confirmed by Austrian President Heinz Fischer in the capital Vienna.

Before taking up his new role, Sebastian Kurz was state secretary for integration.

Austria’s ruling bloc, the Social Democrats and the conservative People’s Party, won the election in September.

Seen as a rising star in the People’s Party, Sebastian Kurz had earned praise in his previous post for his work in schools and with Muslim immigrants. As secretary, he followed a policy of integrating immigrants into Austrian society by requiring their children to speak German before entering school.

Although the ruling parties have won another five-year term in a coalition, last month’s election was their worst result since World War II.

A series of scandals and perceived inertia have hit the parties’ popularity among the voters.

The anti-immigration and Eurosceptic Freedom Party appears to have benefited from this slump, reaping 21.4% of the vote.

The party has accused the coalition of bloating the public sector, corruption and permitting too much immigration.

Other people in positions of power around the world include Kim Jong-un, who became leader of North Korea at the age of 28 or 29 (his exact age is not known).

Roosevelt Skerrit was 32 years old when he became prime minister of Dominica in 2004.

Jigme Khesar Namgyel Wangchuck is one of the youngest monarchs in the world. He became king of Bhutan in 2008 at the age of 28.