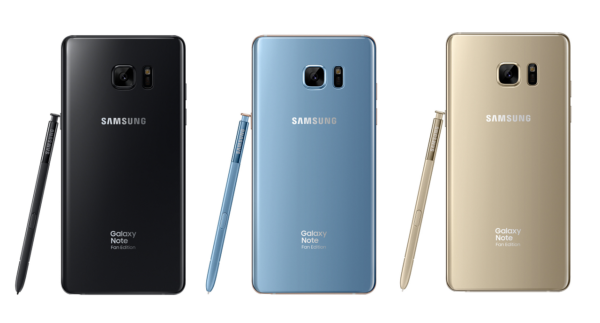 Samsung Electronics has announced that its profit in Q4 of 2016 surged 50% despite the fiasco with its flagship Note 7 phone.

Analysts had expected the company’s profits to surge thanks to its mainstay semiconductor business, but the result surpassed even the most optimistic forecasts. The semiconductor division cashed in on strong demand and a tight supply for microchips during the September-December period, likely contributing to more than half of its quarterly earnings.

The earnings estimate would mark Samsung’s highest quarterly profit since 2013.

In October 2016, the world’s largest smartphone maker had to scrap the Note 7 after batteries caught fire and even replacement devices went up in smoke.

Samsung said it expected to post 9.2 trillion won ($7.8 billion) in operating profit for the months from September to December.

In an earlier profit forecast for the fourth quarter, Samsung had said it expected the Note 7 recall would mean a $2.1 billion hit to their profits.

Samsung first issued a recall for the Galaxy Note 7 in September following complaints about exploding batteries.

The company said that it will “very soon” share details of its inquiry into the cause of the Note 7 problems.

Samsung will disclose a detailed earnings release for Q4 of 2016 in late January which will give more insights into the performance of its individual businesses.

Samsung Electronics has revised down its Q3 profit forecast due to the scrapping of its Galaxy Note 7 smartphone.

The company now expects Q3 profits of 5.2 trillion won ($4.7 billion), which is a third lower than its original estimate of 7.8 trillion won.

The Galaxy Note 7 was recalled last month after battery fires, but after replacement phones experienced the same problem, Samsung scrapped the device.

Ahead of the profit warning, the South Korean company’s shares fell 0.8% on October 12.

Samsung has seen more than $20 billion wiped off its market value in two days.

Its shares have fallen on concerns that the current crisis will go beyond the costs of the recall and affect the brand’s overall reputation.

According to analysts, the Note 7 crisis could cost Samsung in the long run, particularly coming just as rivals, such as Google and Apple, have announced new high-end smartphones.

The Galaxy Note 7 had been seen as the main rival to Apple’s new iPhone 7 model. Samsung’s woes have sent Apple’s shares to a 10-month high.

The company later insisted that all replaced devices were safe. However, that was followed by reports that those phones were catching fire too.

On October 11, Samsung said it would permanently cease production of the device and urged owners to turn it off.