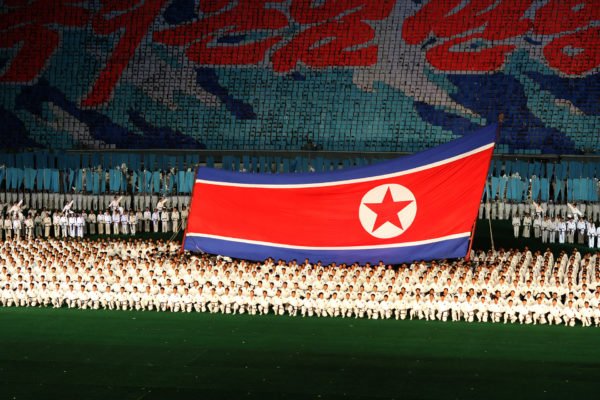 The Pentagon has said that US bombers have flown close to North Korea’s east coast to demonstrate the military options available to defeat any threat.

It said the flight was the farthest north of the demilitarized zone (DMZ) between the two Koreas that any US fighter jet or bomber had flown in the 21st Century.

Ri Yong-ho’s comments to the General Assembly mimicked President Trump’s remarks at the UN on September 20, when he called North Korean leader Kim Jong-un a “rocket man on a suicide mission”.

The North Korean foreign minister added that “insults” by President Trump – who was, he said, “mentally deranged and full of megalomania” – were an “irreversible mistake making it inevitable” that North Korean rockets would hit the US mainland.

President Trump, the foreign minister said, would “pay dearly” for his speech, in which he also said he would “totally destroy” North Korea if the US was forced to defend itself or its allies.

Donald Trump responded to the speech on Twitter by saying Ri Yong-ho and Kim Jong-un “won’t be around much longer” if they continue their rhetoric.

Shortly before his address, the Pentagon announced that the show of force underscored “the seriousness” with which the US took North Korea’s “reckless” behavior, calling the country’s weapons program a “grave threat”.

“This mission is a demonstration of US resolve and a clear message that the president has many military options to defeat any threat,” the Pentagon said in a statement.

“We are prepared to use the full range of military capabilities to defend the US homeland and our allies.”

The flight follows a week of heated rhetoric between the leaders of both countries – after President Trump’s comments, Kim Jong-un called him “mentally deranged” and “a dotard”.

Ri Yong-ho did not comment on the Pentagon’s announcement.

North Korea has refused to stop its missile and nuclear tests, despite successive rounds of UN sanctions. The North Korean leaders say nuclear capabilities are its only deterrent against an outside world seeking to destroy it.

However, speaking at the UN, Ri Yong-ho repeated that the restrictions would not make the country stop its nuclear development.

Meanwhile, a 3.4-magnitude tremor was detected near North Korea’s nuclear test site on September 23, but experts believe it was a natural earthquake.

The earthquake was recorded at a depth of 0km in North Hamgyong province, home to the Punggye-ri site, South Korea’s meteorological agency said.

The US Geological Survey (USGS) also said it occurred in the nuclear test area, but added that its seismologists assessed it as having a depth of 5km.

China’s Earthquake Administration said the quake was not a nuclear explosion and had the characteristics of a natural tremor. The agency had initially said it was a “suspected explosion”.

North Korean state media has announced that military chief Ri Yong-Ho has been removed from all official posts.

As well as being head of the army, Ri Yong-Ho was vice-chairman of the powerful Central Military Commission and held top posts in the ruling Workers’ Party.

In a short statement, the party said Ri Yong-Ho had been removed from his posts “because of illness”.

However, there is widespread skepticism about that explanation.

The decision to relieve Ri Yong-Ho of his duties came at a meeting of the Workers’ Party Central Committee politburo on Sunday, state-run news agency KCNA said.

The brief report made no mention of a successor. In Seoul, a spokesman for the Unification Ministry told reporters that the move was “very unusual”.

“It’s quite a rare case that the North promptly and publicly announced early this morning the outcome of a meeting yesterday, on 15 July. We will keep monitoring closely,” Kim Hyung-suk said.

Ri Yong-Ho was made army chief three years ago under Kim Jong-Il, the current leader’s father who died in December 2011 after ruling North Korea for almost two decades.

Ri Yong-Ho was widely thought to be a figure in the inner circle of the new leader and instrumental in helping him cement his position.

His removal is now being scrutinized by analysts for signs of the direction in which Kim Jong-Un, seen as young and inexperienced, will take the country.

The army and Workers’ Party are the two primary institutions that bolstered the Kim family dynasty, said Robert Kelly, a professor at the Pusan National University in South Korea.

Kim Jong-Un did not serve in either of those two institutions which are ”traditional proving grounds and grooming grounds… for the leadership in the system”.

”So his position is very vulnerable because he does not know the generals and colonels who prop up the state,” said Dr. Robert Kelly.

South Korea also warned earlier this year that Pyongyang appeared to be in the late stages of preparing for a third nuclear test – a claim North Korea has denied.

International talks aimed at ending North Korea’s nuclear ambitions have been stalled since 2009.