Rev. Jesse Jackson has revealed he was diagnosed with Parkinson’s disease.

In a statement released to media on November 17, the civil rights activist said: “My family and I began to notice changes about three years ago.”

“After a battery of tests, my physicians identified the issue as Parkinson’s disease, a disease that bested my father.”

Parkinson’s is an incurable neurological disease that can cause tremors and affect coordination.

The 76-year-old said: “Recognition of the effects of this disease on me has been painful, and I have been slow to grasp the gravity of it.” 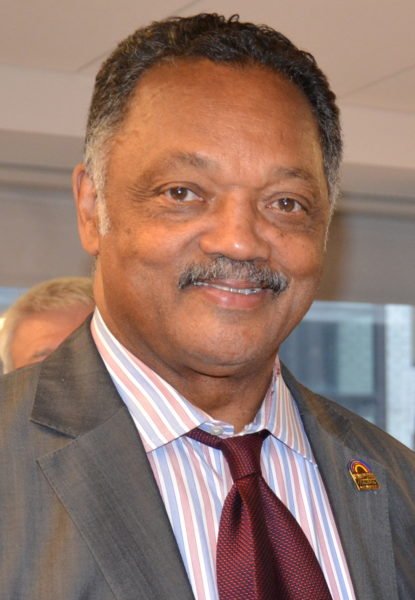 Jesse Jackson also said the diagnosis was “not a stop sign but rather a signal that I must make lifestyle changes and dedicate myself to physical therapy in hopes of slowing the disease’s progression”.

He fought for civil rights alongside Martin Luther King Jr. in the 1960s. He was twice a candidate for the Democratic Party’s presidential nomination, in 1984 and 1988, and his son Jesse Jackson Jr. is a former congressman.

Jesse Jackson has remained an activist into later life, and spoke up last year in the wake of a spate of police shootings of black men, saying they were just one expression of a “mean-spirited division” taking hold of the country.

About 60,000 new Parkinson’s diagnoses are made every year in the US, where the disease affects an estimated one million people.

Jesse Jackson said: “I am far from alone.

“God continues to give me new opportunities to serve. This diagnosis is personal but it is more than that. It is an opportunity for me to use my voice to help in finding a cure for a disease that afflicts seven to 10 million worldwide.”

Dick Gregory has passed away at the age of 84, his family has announced.

The comic legend and civil rights activist died at hospital in Washington DC after being admitted with an undisclosed illness.

His family shared the news of their “enormous sadness” in a post on social media on August 19.

From the 1960s, Dick Gregory mocked racism in his stand-up routines. He was among the first American black comedian to perform regularly in front of white audiences. His son, Christian, wrote on Instagram: “It is with enormous sadness that the Gregory family confirms that their father, comedic legend and civil rights activist Mr. Dick Gregory departed this earth tonight in Washington, DC.”

He added that the family “appreciates the outpouring of support and love” but requested that their privacy be respected “during this very difficult time”.

The Civil Rights Division of the United States Justice Department

Dick Gregory was a no-holds-barred comedian, delivering lines in his performances that were likely to raise eyebrows.

He once said: “A Southern liberal? That’s a guy that’ll lynch you from a low tree.”

“Segregation is not all bad,” Dick Gregory said on another occasion.

“Have you ever heard of a collision where the people in the back of the bus got hurt?”

Dick Gregory was also involved in a number of civil rights activities in the 1960s. He campaigned against the Vietnam War and his protests often involved hunger strikes. Whitney Houston’s casket arrived at the church where her powerful voice first wowed a congregation as family made final preparations to remember the pop superstar in her hometown.

White-robed choir members began to fill the pews on the podium. As the band played softly, the choir sang in a hushed voice: “Whitney, Whitney, Whitney”.

Ray J – who was thought to have been dating Whitney Houston when she died – sister Brandy and singer Mary J. Blige were some of the first celebrities to arrive at the church.

Stevie Wonder, Alicia Keys, R. Kelly and gospel stars CeCe and Bebe Winans are expected to sing. Whitney Houston’s voice, a recording of her biggest hit, I Will Always Love You, is expected to be played at the end.

Close family friend Aretha Franklin, the singer’s godmother, whom Whitney Houston lovingly called Aunt Ree, was expected to sing at the service, but she is too ill to attend, said a person close to the Houston family who was not authorized to talk about Franklin’s decision and spoke on condition of anonymity.

The service marks exactly one week after the 48-year-old Whitney Houston – one of music’s all-time biggest stars – was found dead in a Beverly Hills hotel in California. A cause of death has yet to be determined.

“She always had the edge,” Rev Jesse Jackson said outside the church on Saturday.

“You can tell when some kids have what we call a special anointing. Aretha had that when she was 14. Whitney cultivated that and took it to a very high level.

“The memories are so powerful, the music will be with us forever. We have a lot to rejoice about. Today we praise, we preach and we appreciate.

“Whitney had that special something.”

Whitney Houston’s ex-husband Bobby Brown also is expected to attend, along with the couple’s only child, Bobbi Kristina.

According to the invitation issued to the singer’s friends and family, the ceremony will be seen as a “going home” service rather than a funeral.

The invitation, featuring a picture of the smiling star that appears to date back to the peak of her success in the early 1990’s, states: “With heartfelt gratitude, the Houston family requests the honor of your presence at the going home service for Whitney Elizabeth Houston.”

According to the invitation issued to Whitney Houston's friends and family, the ceremony will be seen as a “going home” service rather than a funeral

Pastor Joe Carter, who will read the scripture, said the service will be a musical celebration of Whitney Houston’s life.

Whitney Houston’s South Orange grade-school principal Henry Hamilton said outside the funeral home: “It’s a beautiful day, the sun is shining, she’s up there, this is Whitney’s day.”

Traffic cones lined the street outside the church where those attending would be dropped off for the service.

The electronic sign outside the front simply read “Whitney Houston” followed by her date of birth then the words: “We will always love you.”

The streets around the building were closed off for six blocks on either side to ensure the public had no access to the surrounding area.

Most had also apparently followed police instructions not to attend. But small pockets of fans got as close to the church as they possibly could.

Her fans had already covered the front of the church in dozens of balloons, flowers and card that formed a deep 12ft by 6ft blanket by the entrance.

On the streets there was a heavy police presence with mounted officers patrolling around, a police helicopter flying overhead and police cars by barricades.

Whitney Houston’s fans were so desperate to be at the service that some journeyed 500 miles from Canada or slept in their cars overnight by the church to be there.

With no single point of focus, they ended up grouping in bunches of 50-100 at various points around the perimeter of the fenced off zone singing Whitney Houston’s hits like I Will Always Love You and I’m Every Woman.

Most of the fans wanted to be there on what they said was a “historic day” but there was also frustration and anger that they had been kept back at least three blocks from the church with one man claiming the star’s mother, Cissy Houston, had “betrayed” them.