Religion is a topic that we often find at the forefront of news stories. It seems like no matter what happens; people will find a link to religion. There are even huge political debates fuelled by religious arguments. It’s impossible to ignore this subject if you’re reading any news story or following social media.

The problem is, religion is talked about so much, yet people know so little about it. Everyone’s heard of the main religions, the ones you hear about the most. Christianity is often in the news, for a number of reasons. Whether it’s the Pope visiting America, or someone finding a piece of toast that looks like Jesus. Then, of course, it gets in the news for much darker reasons too. The other religion we often hear a lot about is Islam. And, when I say we ‘hear a lot’ about it, I mean it’s in the news a lot. Most of the time, it’s talked about for the wrong reasons, and we aren’t told much about the actual religion. Instead, we’re fed facts and figures and told things that we’re led to believe are true. As a result, most of the public end up with a distorted view of Islam and the Muslim community. 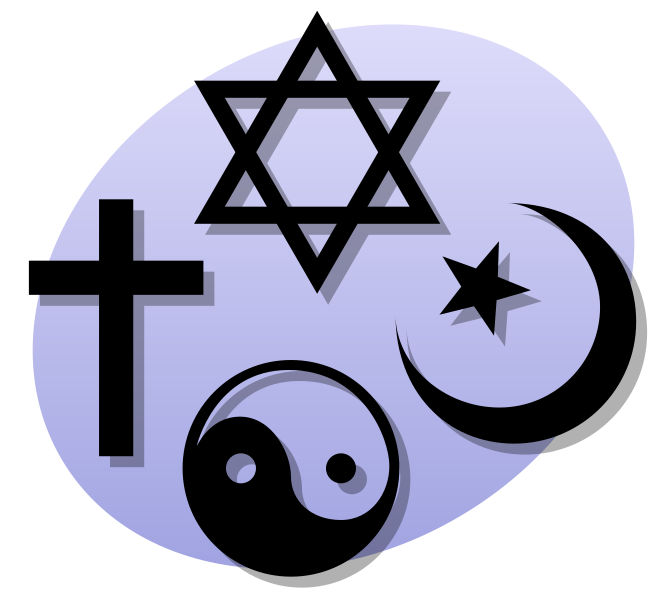 Of course, the same can be said of Christianity too. Often, we’re only shown radical Christians in the news, people with beliefs so far off the scale they seem crazy. Media outlets do this because it sells. People love to see a religious nut talk about crazy stuff. But, it ends up having a negative effect on religion in general. The public start to see religion as a bad thing, something that brainwashes people. It makes sense when you think about it. If we’re only shown the religious extremists, we start to get a blanket view of religion. We aren’t shown stories of everyday Christians or Muslims doing good things through religion. We’re only shown the crazy people that take a distorted view of religious teachings.

Religion isn’t a bad thing. If you knew about it, then you’ll already be aware of that. Christianity, Islam, Judaism, these aren’t cults meant to brainwash people. They’re a source of hope for so many people all over the world. People choose to follow a religion because they like what it teaches them. They like the sense of hope it gives them, the joy it brings. Religion is also a great way of bringing people together and forming a community. Many people turn to it when they’re looking to find a new meaning.

If you think religion is bad and teaches people to be crazy and evil, then you’re wrong. Start learning more about different religious teachings so you can be more informed. Don’t let the media blur your vision and stop you from seeing the truth. You don’t have to be a person of faith to learn about these things. The more you understand, the more you’ll be amazed at how distorted the media’s representation of religion is.

Pope Francis, who was elected earlier this year after Pope Benedict’s resignation, has been praised for his comments since taking the position.

During a discussion with the atheist editor of La Repubblica, an Italian newspaper, Pope Francis once again made it clear that he is looking to reform the church.

The Pontiff commented: “This Vatican-centric view neglects the world around us. I don not share this view and I’ll do everything I can to change to it.”

Pope Francis then went on to lay out his plan, stating: “The Church is or should go back to being a community of God’s people, and priests, pastors and bishops who have the care of souls, are at the service of the people of God.”

Since becoming the leader of the Catholic Church, Francis has proven that he is a more liberal kind of Pope. He has proven this by being more lenient on various subjects which have included atheism.

Recently, Pope Francis even criticized the church for being too obsessed with certain issues. Back in September, the Pontiff was quoted as saying: “We have to find a new balance, otherwise even the moral edifice of the church is likely to fall like a house of cards, losing the freshness and the fragrance of the Gospel.”

Pope Francis then added: “The church has sometimes locked itself up in small things, in small-minded rules,” before asking his clergy to not act like government officials or bureaucrats.