The crown prince’s daughter was originally set to wed non-royal Kei Komuro in 2018, a year after they announced their engagement.

However, Prince Fumihito reiterated the money issues must be dealt with first, according to Kyodo news agency.

“In order for many people to be convinced and celebrate (the marriage), I have said it is important for the issue to be dealt with,” said Prince Fumihito, the younger brother of Emperor Naruhito and the first in line to the Chrysanthemum Throne.

“From my point of view, I think they are not in a situation where many people are convinced and pleased (about their marriage),” Crown Prince Fumihito, also known as Crown Prince Akishino, added.

Kei Komuro, who is currently completing further studies at Fordham University’s law school in New York, according to Kyodo, said last year his family had no financial difficulties.

He said the issue of an unpaid loan to his mother’s ex-fiancé had been settled. But the former fiancé told local media the issue was unresolved.

It is unclear when the couple, both 29, will hold their ceremony. Princess Mako, the eldest daughter of Prince Fumihito and Princess Kiko, will be stripped of her royal status upon marriage to Kei Komuro.

However, earlier this month Princess Mako expressed her strong resolve to go ahead with the wedding, local media said.

“The constitution says marriage shall be based only on the mutual consent of both sexes. If that is what they really want, then I think that is something I need to respect as a parent,” he said, according to Kyodo, Japan’s leading news agency. 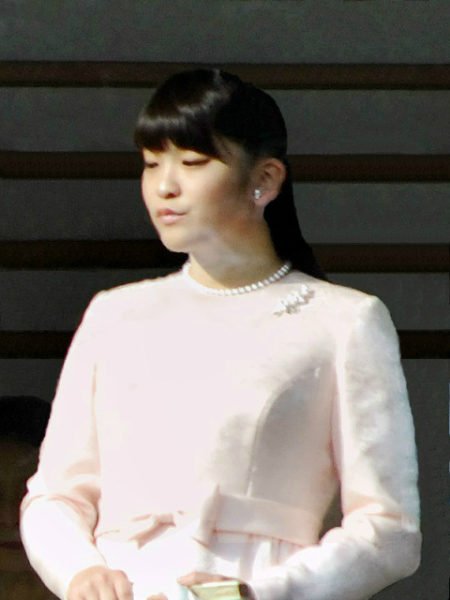