Relations between the United States and South Korea had their beginnings at the end of World War ll in 1945 when the US occupied the south end of the peninsula and the Soviet Union took the north end pending planned national elections. The two sides could not agree on the type of government (Washington was for a democracy and Moscow favored communism;) hence, an election never took place, resulting in the United Nations recognizing South Korea (Republic of Korea) as the legitimate government.

In 1950, North Korea invaded the ROK and the US sent its military to South Korea to help them fight against the communist invasion. By 1953, the war ended in a stalemate, but the US troops remained, and in 1954, both countries signed the ROK/US Mutual Security Agreement, a pact to defend each other in case of foreign attacks. In reality, this was more of a one-sided agreement. South Korea feared another invasion from North Korea and the presence of the US military hindered such plans.

Post-Korean War, the ROK was ravaged. Its per capita GDP plunged to $64, lower than the African nation of Congo, which was then the poorest. Millions of people were injured, killed and separated from their families. The United States was its single biggest contributor, giving its Asian ally a total of $64 billion in grants, aids, and loans from 1948 to 1978. Its economy grew rapidly in the 1960s and today, it is the fourth biggest economy in Asia, and is a member of the OECD and the G20. 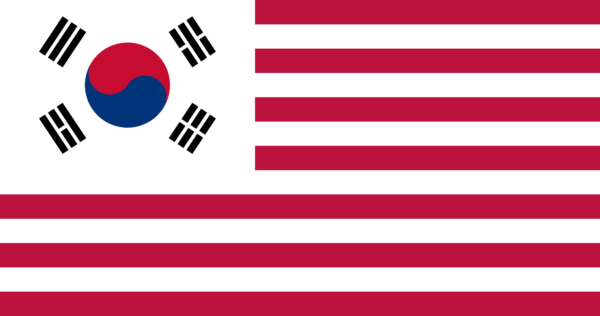 The ties that bind Seoul and Washington have remained strong. Trade between the two countries reached an estimated $144.6 billion in 2016, and Korea is the US’ sixth biggest goods trading partner. Seoul has the second largest contingent of US military personnel, numbering around 23,500 troops.

But 2017 brought in new leaders for the two nations. President Trump took office in January and President Moon Jae-in in May, and one is as different from the other as night is from day. Trump has shown himself to be a racist, misogynist, and favoring isolationism. Moon is a former student activist and human rights lawyer.

Already, some issues are possible areas of contention. While Trump is aggressively hostile against North Korea and threatens to attack it, Moon, a champion of human and civil rights, prefers the soft approach by engaging in talks to reach an agreement.

On the US’ bilateral trade agreement, Trump wants a renegotiation of the KORUS Free Trade Agreement to reduce US’ trade deficit. He has been quoted as saying that the US is losing $40 billion a year on ROK in trade. The White House Chief Executive has also demanded cost sharing on defense spending with Asian allies and talks on the Special Measures Agreement have begun. During his campaign period, Trump was quite vocal in his criticism of the nation’s expenses for the US troops stationed in allied countries.

South Korea’s show of independence from its benefactor was evident in the High Court’s ruling on the lawsuit that former comfort women brought against the ROK government. The women, now in their 70s, claim that they were forced into prostitution for the US military with the tacit consent of their officials. They won their case and Seoul’s court has ordered the government to pay them damages. While the United States was not a party to the suit, and embassy officials would not comment on it, this is the first official acknowledgment that American soldiers are not as faultless as they are portrayed to be.

What hasn’t changed is its arrogance towards Japan. Japan has taken to heart its war crimes and the atrocities its army has committed against the comfort women of World War ll. It has given billions in aid and compensation and offered numerous apologies to the women. But South Korea’s leaders, past and present, never stop asking for more.

The recent case involving their own government selling their own women to US soldiers should make them realize that they should clean up their own backyard instead of throwing garbage on to other countries.