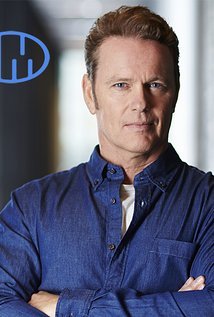 Celebrate The Queen’s Diamond Jubilee in London with your neighbors by hosting a Big Jubilee Lunch.

The Big Lunch is an annual nationwide event which encourages people across the UK to enjoy lunch with their neighbors.

This year The Big Lunch falls on the same weekend as The Queen’s Diamond Jubilee celebrations, which is a four-day Bank Holiday weekend. So dust off the bunting and Union Jack flags from the Royal Wedding and enjoy a lunch fit for The Queen!

All you have to do is gather together your neighbors and choose what kind of an event you want – from a small gathering raising money for charity to a full-blown street party with music and a barbeque.

How to Organize a Big Jubilee Lunch

Every year since it began in 2009, The Big Lunch has been enjoyed by more than a million people, and this year’s special Big Jubilee Lunch is likely to attract even more participants.

If you want to get involved and set up your own local event, follow the “10 Steps to Organizing a Big Lunch Guide” on the Big Lunch website.

You can also request a Big Jubilee Lunch pack, containing advice as well as posters, leaflets and recipes.

The Central Weekend to celebrate The Queen’s Diamond Jubilee takes place from Saturday 2 June to Tuesday 5 June 2012, with celebratory activities throughout the UK and across the Commonwealth

If you are considering visiting central London to join in with the celebrations, you may find it useful to visit the Transport for London website

Alternatively, you may wish to consider watching events on one of the many BBC Big Screens around the UK.

Here is our run-down  of events over the Diamond Jubilee weekend, including approximate timings:

The Queen will attend the Epsom Derby.

The Big Jubilee Lunch: Building on the already popular Big Lunch initiative, people will be encouraged to share lunch with neighbours and friends as part of the Diamond Jubilee celebrations. This may take the form of a traditional street party or a picnic lunch in small or larger groups. This event is being organised by the Big Lunch. Find out more.

The Thames Diamond Jubilee Pageant: This event will take place on the Thames and consist of up to 1,000 boats assembled from across the UK, the Commonwealth and around the world. The Queen and The Duke of Edinburgh will travel in the Royal Barge which will form the centrepiece of the flotilla. Find out more

14:30BST – The Queen embarks the Royal barge, the Spirit of Chartwell, near Albert Bridge

BBC Concert at Buckingham Palace: There will be a televised Diamond Jubilee Concert at Buckingham Palace with tickets being available to UK residents by public ballot. The musical programme for the concert is still being planned and is expected to feature British and Commonwealth musicians. Details on how to apply for the concert will be available in due course. This event is being organised by the BBC. Find out more

The Queen’s Diamond Jubilee Beacons: A network of 2,012 Beacons will be lit by communities and individuals throughout the United Kingdom, as well as the Channel Islands, the Isle of Man and the Commonwealth. As in 2002, The Queen will light the National Beacon. Find out more

After 22:30BST – The Queen lights the National Beacon outside Buckingham Palace

On Tuesday 5 June, the Diamond Jubilee weekend will culminate with a day of celebrations in central London, including a service at St Paul’s Cathedral followed by two receptions, a lunch at Westminster Hall, a Carriage Procession to Buckingham Palace and finally a Balcony appearance, Flypast, and Feu de Joie. Find out more.

12.30BST – The Queen travels by car from Mansion House to the Palace of Westminster

A shark suspended in formaldehyde, a bisected cow and calf… Damien Hirst is well-known for his imaginative and sometimes shocking works. This April, Tate Modern unveils the first substantial survey of Damien Hirst’s work ever held in the UK, featuring more than 70 iconic pieces. Until 9 Sep

The influence of Picasso on British art and artists has rarely been recognized – until now, thanks to Tate Britain’s new exhibition. Picasso and Modern British Art explore the Spanish artist’s reputation in Britain, and looks at how Picasso’s work affected British modernism and inspired British artists. Until 15 Jul

In this Olympic year the Victoria & Albert Museum celebrates the best of British art and design since London last held the Olympic Games, in 1948. The exhibition brings together more than 300 objects from the fields of fashion, ceramics, graphics, photography, sculpture, product design, architecture, furniture and fine art. Until 12 Aug

One of Japan’s best-known living artists, Yayoi Kusama’s work spans more than six decades. Kusama is known for her immersive artworks and at this Tate Modern exhibition you can wander through a series of rooms covered in hallucinatory polka dots, mirrors and more. Until 5 Jun

Turner Inspired: In the Light of Claude

Turner’s daring painting technique dazzled audiences at the beginning of the 19th century and influenced future generations of artists. This National Gallery exhibition examines how Turner was inspired by Claude’s portrayal of light and landscape, and features pictures by Turner and Claude hung side-by-side. Until 5 Jun

Royal River: Power, Pageantry and the Thames at the National Maritime Museum

As well as being The Queen’s Diamond Jubilee year, 2012 sees the 75th birthday of the National Maritime Museum. Royal River celebrates them both by exploring the relationship between British monarchs and the River Thames throughout history. Royal River is curated by one of Britain’s leading historians, David Starkey. Until 9 Sep

Christian Louboutin at the Design Museum

This Design Museum offers a unique retrospective of famous shoe designer Christian Louboutin’s work and a preview of his next collection. Using items from Christian Louboutin’s personal archive the exhibition showcases his designs, methods and inspirations over the past 20 years. Until 9 Jul

The Queen: Art and Image at the National Portrait Gallery

To celebrate The Queen’s Diamond Jubilee, the National Portrait Gallery is bringing together 60 images from The Queen’s 60-year reign. See how The Queen has been portrayed through painting, photography and press images by renowned artists and photographers. Until 21 Oct

Don’t miss the highly popular summer exhibition at the Royal Academy, now in its 244th year. Displaying some of the best of contemporary art, the exhibition features more than 1,200 works by both new and distinguished artists, many of which are available to purchase. 4 Jun-12 Aug