BayFest CEO Bobby Bostwick issued a statement on September 8 saying CeeLo Green’s performance scheduled for October 4 is being called off.

The statement says recent comments attributed to CeeLo Green conflict with the beliefs and conscience of the music festival.

CeeLo Green recently pleaded no contest to a felony charge of furnishing ecstasy to a woman during a 2012 dinner in Los Angeles.

After the plea, CeeLo Green posted a series of tweets, including one that read: “Women who have really been raped REMEMBER!!!”

The singer later tweeted an apology.

Two other concerts have dropped CeeLo Green, and TBS is canceling the second season of Green’s reality show.

It’s time to don your artsy beret and direct your masterpiece. You don’t need all the fancy high-end equipment of professional studies to produce high-quality video. Really, all you need is a great smartphone and a few accessories. 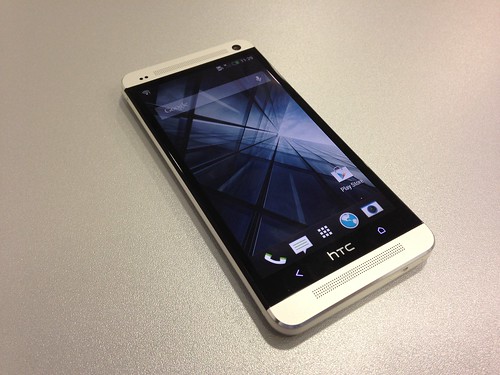 Is it time to upgrade and you want to search for a phone to fill your video-making needs? Of course, you might already have a great phone for videography in your pocket. iPhones are capable of shooting high-quality 1080p HD video. They also feature software for image stabilization, so people who view your videos won’t be left wondering if an earthquake was happening.

There are also attachments available for iPhones that are not typically available for other models, including a variety of external lenses.

If you prefer to use a device with the Android operating system, consider the 2013 HTC phones, which feature spectacular HD cameras. Like iPhones, HTC phones have image stabilization software, which the HTC website says makes for videos that are “stable and a joy to watch.” You can also watch your videos in slow motion, so you don’t miss one beat of the action.

No matter how good the camera on your phone is, a video is generally only as good as the lighting in which the shooting took place. You know the basic principles of lighting. You need enough light, and not too much light behind your subject. When you are indoors, you can manipulate those things. When your shooting happens outside, the sun presents a new challenge. The Golden Light app will let you know the time of day that is best for shooting.

Lighting Designer is an iPad app for those truly serious about their mobile movie production. It serves as a tool for you to design lighting for your production. Choose the types of lights and their positions, create a floor plan, and communicate the set up to the crew who is helping with your video-making.

You need reliable apps to refine your videos. Videolicious lets you apply different filters and add music, and it includes basic video editing functions. It also lets you put your logo at the end and beginning of a film. You can even add voice-overs and narration to your productions. The product is a professional-looking video you will be proud of.

Clesh is another nifty video-editing tool. It is a cloud-based program, so it goes beyond your mobile device and lets you make easy use of the power and larger screen of a desktop computer. This Android-based app will delight anyone who wants to produce quality videos at an efficient pace.

The Pinnacle Studio for iPad app does more than help you edit. It is with you through the entire movie-making process. Start a project with a storyboard and build your project from there.

If you are putting together some videos for work, like to tell stories, or just want a fun video to share at your next family reunion, the right accessories will turn your mobile device into a movie-making powerhouse.