The 68-year-old was found on February 1 and is said to have suffered from depression.

The first-born son of the late Cuban president was nicknamed “Fidelito”, or Little Fidel, after his father.

Cuba’s official newspaper Granma reported – little more than a year after Fidel Castro’s death: “Fidel Castro Díaz-Balart, who had been treated by a group of doctors for several months due to deep depression, took his life this morning.” 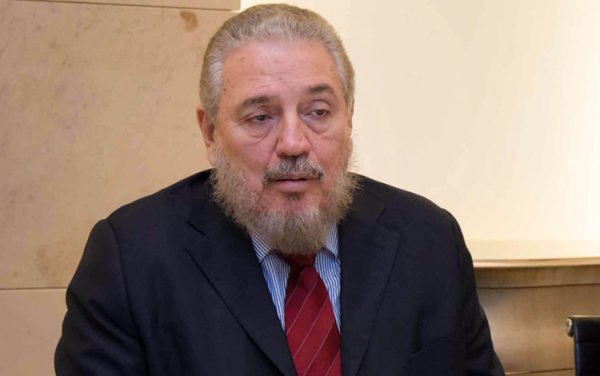 Cuban state TV said he had been receiving medical treatment as an outpatient in recent months, following a hospital stay.

At the time of his death, Fidel Ángel Castro Díaz-Balart was a scientific adviser for the Cuban Council of State and he served as vice president of Cuba’s Academy of Sciences.

He headed Cuba’s nuclear program from 1980 to 1992, before it was suspended after the Soviet Union’s collapse.

He was born in 1949, during his father’s brief first marriage to Mirta Díaz-Balart, the daughter of a prominent pre-revolution politician.

Fidel Castro went on to overthrow the US-backed dictator, Fulgencio Batista, in 1959 – when Mirta Díaz-Balart’s family fled Cuba and went to Florida.

Fidelito’s parents divorced and he spent some of his early years in the US before his father managed to bring him back to Cuba.

This history explains why some of his close maternal relatives are among the most committed critics of the Cuban government – such as his cousin, Mario Díaz-Balart, a US congressman.

Fidelito himself was loyal to the ideals of the Cuban revolution, but was said in recent years to have grown weary – both of living in his father’s shadow and having been sidelined from Cuban decision-making on energy resources, said reports.

The TV announcement said Fidel Ángel Castro Díaz-Balart’s funeral would be planned by his family, but no further details were given.