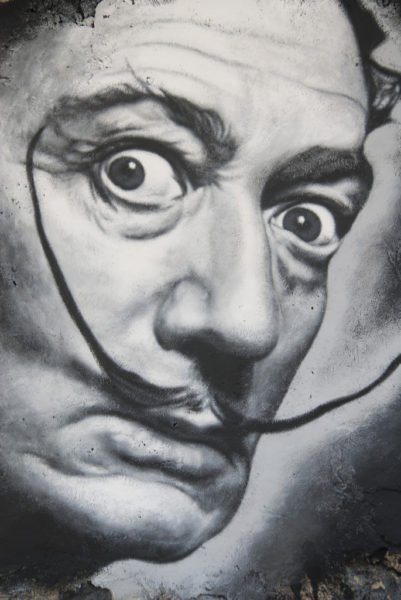 Salvador Dalí’s body has been exhumed to extract DNA to settle a paternity case.

The exhumation followed a court order on behalf of María Pilar Abel Martínez, a woman who says her mother had an affair with the painter.

If María Pilar Abel Martínez is proved right, she could assume part of the Dalí’s estate, currently owned by the Spanish state.

It may take weeks before the results of the tests are known.

Salvador Dalí, who died in 1989 at the age of 85, was buried in a crypt in a museum dedicated to his life and work in Figueres, in north-eastern Spain.

A crowd gathered outside the museum to watch as police escorted the experts into the building on July 20.

The exhumation went ahead despite the objections of the local authorities and the foundation carrying Salvador Dalí’s name, both of which claimed that not enough notice had been given ahead of the exhumation.

María Pilar Abel Martínez, a tarot card reader who was born in 1956, says her mother had an affair with Salvador Dalí during the year before her birth. Her mother, Antonia, had worked for a family that spent time in Cadaqués, near the painter’s home.

Last month a Madrid judge ordered the exhumation to settle the claim. It is contested by the Dalí foundation, which manages the estate of the painter, who was not believed to have had any children.

María Pilar Abel Martínez’s action is against the Spanish state, to which Salvador Dalí left his estate.

She says her mother and paternal grandmother both told her at an early age that Salvador Dalí was her real father.

However, the claim has surprised many, including Ian Gibson, an Irish-born biographer of Salvador Dalí, who said that the notion of the artist having an affair that produced a child was “absolutely impossible”.

“Dalí always boasted: <I’m impotent, you’ve got to be impotent to be a great painter>,” Ian Gibson said.

Salvador Dali’s body has to be exhumed to get samples for a paternity suit, a judge in Madrid has ruled.

A Spanish woman, Maria Pilar Abel Martínez, who was born in 1956, said her mother, a maid, had a clandestine affair with Salvador Dali in 1955.

In ordering the exhumation, the judge said there were no biological remains or personal objects of the surrealist painter to be used in the paternity test.

The artist was buried in the theater and museum he designed himself, in his home town of Figueres in the north-eastern Catalonia region.

Maria Pilar Abel Martínez, a tarot card reader who was born in Girona, made the claim for the first time in 2015.

The woman said her mother, Antonia, had worked for a family that spent time in Cadaqués, next to where Salvador Dali had a home.

Her mother then left her job in 1955, moved to a different city and married another man.

Maria Pilar Abel Martínez claimed that her mother told her several times that Salvador Dalí was her father, on many occasions in front of others.

“The only thing I’m missing is a moustache,” she once said, according to El Mundo.

At the time of the alleged affair, Salvador Dalí was married to his muse Gala, born Elena Ivanovna Diakonova. The couple had no children.

The decision also cites that Maria Pilar Abel Martínez underwent two paternity tests, both in 2007, but never received the results.

Her legal action is against the Spanish state, to which Salvador Dalí left his estate. The court said the decision could be appealed.

If the woman is confirmed to be Salvador Dali’s daughter, she could use his surname and be entitled to part of his estate – but Spanish media say she would have to legally request it.

Maria Pilar Abel Martínez’s lawyer said there was no date for the exhumation, but that it could happen as soon as July. The Gala Dalí Foundation has not commented.