The fires, covering about 5,000 acres, started in La Tuna Canyon on September 1, triggering a state of emergency.

“We’ve turned the corner, but this is not over,” Mayor Eric Garcetti said on September 3 as he warned of “strong” winds.

At least three homes have been destroyed and four people are reported to have been injured.

The evacuations around the Glendale and Burbank suburbs were lifted on Sunday as rain and cooler temperatures helped firefighters to tackle the blaze, the Los Angeles Fire Department tweeted.

Hundreds of residents have been allowed to return home as fires appear to be easing.

However, Eric Garcetti, who earlier described the blaze as “the largest fire in the history of LA city in terms of its acreage”, told reporters on September 3 that the situation remained dangerous.

“We do not have this fire contained,” he said.

“But we do have a good sense of, in the next day or two, how we can bring this fire to rest.” 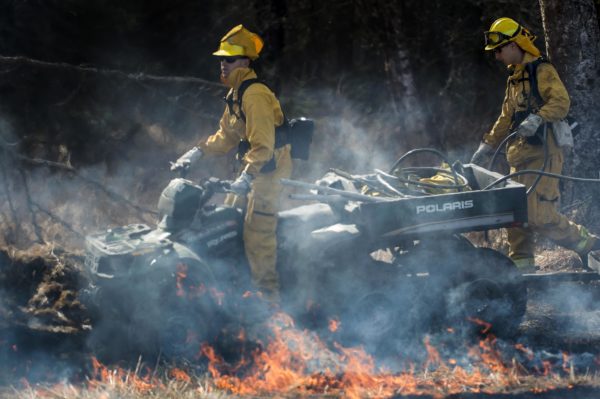 Tennessee Wildfire: Dolly Parton to Donate $1,000 a Month to Victims

The declarations allowed state and federal funds to be provided as soon as possible.

California has been in the grip of a heat wave and strong winds have helped to fan the flames of the Los Angeles wildfire.

Major fires are also affecting other areas of the western US.

The government has already declared states of emergency in Montana and Washington State and thousands of residents there have been evacuated.

An apartment building under construction in central Los Angeles has been destroyed by a huge fire, shutting two major cross-city freeways.

More than 250 firefighters tackled the overnight blaze in the downtown area, which was brought under control early on Monday.

There were no reports of injuries, and it is not thought anyone was in the seven-storey building at the time.

The fire could be seen from miles away, but no cause has been identified.

“It’s a large building, about a block long. The whole building is a total loss. The fire did spread into two neighboring buildings,” said fire department spokesman David Ortiz.

Sections on the 110 and 101 freeways remained closed on Monday morning.