Several world leaders have denied wrongdoing after featuring in the Pandora Papers, a huge leak of financial documents from offshore companies.

The 12 million files constitute the biggest such leak in history.

Russian President Vladimir Putin and Jordan’s King Abdullah II bin Al-Hussein are among some 35 current and former leaders linked to the files.

Both have issued statements saying they have done nothing wrong.

Jordan’s royal palace said it was “not unusual nor improper” that King Abdullah owned property abroad.

Leaked documents show King Abdullah secretly spent more than £70 million ($100 million) on a property empire in the UK and US since taking power in 1999.

Kremlin spokesman Dmitry Peskov meanwhile questioned the reliability of the “unsubstantiated” information, after it detailed hidden wealth linked to President Putin and members of his inner circle.

The data was obtained by the International Consortium of Investigative Journalists (ICIJ) in Washington DC, which has been working with more than 140 media organizations on its biggest ever global investigation.

Other leaders linked to the leak include:

In a tweet thread, the Czech prime minister said the allegations are an attempt to influence elections scheduled for this week and insisted he has “never done anything wrong or illegal”.

president Kenyatta said the investigation “will go a long way in enhancing the financial transparency and openness that we require in Kenya and around the globe”, and promised to “respond comprehensively” to the leak once he returned from a state visit abroad.

The Pandora Papers show no evidence that the Kenyatta family stole or hid state assets in their offshore companies.

A statement from President Piñera’s office said he denied taking part in or having any information on the sale of the Dominga mining project.

The Pandora Papers is a leak of almost 12 million documents and files exposing the secret wealth and dealings of world leaders, politicians and billionaires. The data was obtained by the International Consortium of Investigative Journalists in Washington DC which has led one of the biggest ever global investigations.

More than 600 journalists from 117 countries have looked at the hidden fortunes of some of the most powerful people on the planet.

Thousands of demonstrators have protested in Jordan for a third consecutive night against tax rises and austerity measures.

There are the biggest demonstrations in years.

Riot police fired tear gas and blocked roads in the capital Amman to stop protesters getting close to the cabinet office.

The protesters say a new tax bill backed by the International Monetary Fund (IMF) will hurt the poor and middle class.

King Abdullah of Jordan has called for compromise from all sides.

Protesters chanted anti-government slogans and called for King Abdullah to dismiss PM Hani Mulki have been holding vigils near the cabinet office. 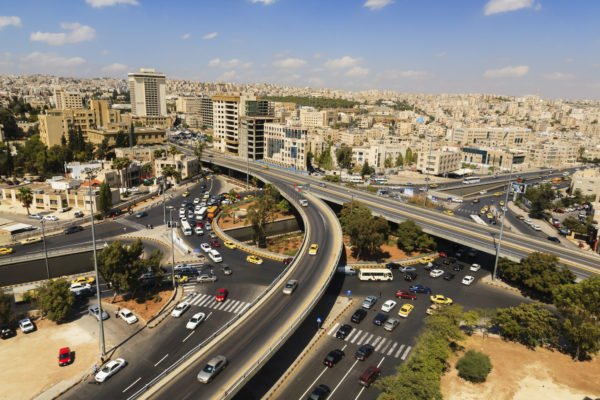 There have also been some protests in provincial towns, where police have reportedly used tear gas. In the southern town of Maan protesters burned tires on highways and there were scuffles with police, Reuters reported.

Jordanians have seen prices rise with salaries failing to keep up.

On June 1, King Abdullah intervened to freeze an increase in fuel prices.

However, the protesters are angriest about the proposed tax bill, which they fear will further worsen living standards.

PM Hani Mulki has refused to scrap the IMF-backed tax bill, saying it was up to parliament to decide whether to pass it or not.

The government says it needs the money to fund public services and says the new tax bill will see higher earners pay more.

Earlier this year sales tax was increased and bread subsidies were scrapped as part of a plan to cut Jordan’s debt.

Hani Mulki said he hoped the reforms needed to get Jordan’s economy “back on track” would be complete by mid-2019.

King Abdullah has said that conflict in neighboring Syria and Iraq has worsened Jordan’s financial situation.