Kim Kardashian has joined the elite club of the super-rich by achieving billionaire status.

The reality star’s net worth reached $1 billion thanks to her cosmetics and clothing interests as well as income from TV, endorsement deals and investments, Forbes business magazine says.

Kim Kardashian, 40, is now one of the 2,755 figures on Forbes’ World’s Billionaires List.

Amazon founder Jeff Bezos leads the pack with a net worth of $177 billion.

Kim Kardashian’s estranged husband Kanye West is already on the list ($1.8 billion) but her half-sister, Kylie Jenner, was removed last May by Forbes. The magazine alleged her family had inflated the value of her cosmetics business.

Forbes calculated that Kim Kardashian’s worth had risen to $1 billion from $780 million in October 2020 thanks especially to her stakes in the KKW Beauty cosmetics business and the Skims shapewear company.

KKW Beauty was launched in 2017 and Skims just two years ago after the initial brand name Kimono was dropped following accusations of cultural appropriation.

Kim Kardashian sold 20% of KKW Beauty to cosmetics giant Coty last year for $200 million, in a deal valuing the business at $1 billion.

Her most recent project Skims offers underwear and loungewear in the founder’s signature minimalist style, and has proven successful during the work-from-home era.

According to recent reports, Kim Kardashian has filed for divorce from Kanye West.

The reality star and the rapper have been married for almost seven years and have four children together.

The news was broken by celebrity news website TMZ after months of rumors of marital difficulties.

According to media reports, Kim Kardashian, 40, has requested joint legal and physical custody of their children. Neither has publicly commented.

Kim Kardashian and Kanye West are among the most recognizable stars in the world and are both hugely successful in their own right.

She first found fame in 2007 as the star of an E! Television reality series about her family. Keeping up with the Kardashians has remained hugely popular since, with its 21st and final series due to air in 2022.

Kim Kardashian has found success in many other areas of business, from mobile apps to make-up, and Forbes magazine estimates her personal wealth to be about $780 million.

Known for huge international hits like Gold Digger, Kanye West has been one of the biggest names in rap music for over 15 years. The Grammy-winning musician has also found success as a fashion designer.

Kim Kardashian and Kanye West were friends for years before they got together and the rapper first appeared on her family’s reality show in 2010.

Their first daughter, North, was born in June 2013.

Kanye West famously hired the San Francisco Giants’ baseball stadium and an orchestra to propose to Kim Kardashian in front of her family, and their show’s cameras, later that year.

The couple got married in Italy in May 2014 and a photograph of them kissing on their wedding day became, at the time, Instagram’s most liked post ever. By this point Kim Kardashian and her sisters had turned social media into an art form, with their online followings propelling their business success and fame ever further.

Kim Kardashian gave birth to the couple’s first son, Saint West, in 2015. They went on to have two other children, Chicago and Psalm, through a surrogate after the reality star suffered from health complications during her previous pregnancies.

They have rarely been away from tabloid headlines since, most notably when Kim Kardashian was robbed at gunpoint in Paris in 2016.

In 2020, Kanye West unsuccessfully ran for president. During his campaign, a series of erratic public appearances and online postings by the musician sparked concern and led Kim Kardashian to speak out.

She said her husband had bipolar disorder, was a “brilliant but complicated person” and called for greater empathy surrounding his mental health from the public and the media.

Rumors of their divorce have been around for months amid speculation Kim Kardashian had hired well-known lawyer Laura Wasser.

Page Six reported the filing was imminent in January, claiming Kanye West spent the festive season away from the California-based family at his Wyoming ranch.

Kim Kardashian West joined dozens of other celebrities announcing they will freeze their social media accounts to protest against the spread of “hate, propaganda and misinformation” as part of the #StopHateforProfit campaign.

The reality star wrote in a statement on September 15: “Misinformation shared on social media has a serious impact.”

The celebrities will freeze their accounts for 24 hours on September 16.

Kim Kardashian said: “I can’t sit by and stay silent while these platforms continue to allow the spreading of hate, propaganda and misinformation – created by groups to sow division and split America apart.”

“Misinformation shared on social media has a serious impact on our elections and undermines our democracy,” she added.

Other celebrities that have agreed to take part in the boycott include Katy Perry, Leonardo DiCaprio, Sacha Baron Cohen and Jennifer Lawrence.

Katy Perry wrote on Instagram: “I can’t sit idly by while these platforms turn a blind eye to groups and posts spreading hateful disinformation.”

Ashton Kutcher, who has millions of followers and is also joining the boycott, said “these tools were not built to spread hate [and] violence”.

The organizers of the #StopHateforProfit campaign, which was launched in June, accuse Facebook and Instagram of not doing enough to stop hate speech and disinformation.

The group has focused on Facebook, which also owns Instagram and WhatsApp and last year attracted advertising revenue of almost $70 billion.

Thousands of businesses and major civil rights groups – including the National Association for the Advancement of Colored People (NAACP) and the Anti-Defamation League (AD) – have signed up to the campaign.

The group said in a statement: “We are quickly approaching one of the most consequential elections in American history.

“Facebook’s unchecked and vague ‘changes’ are falling dangerously short of what is necessary to protect our democracy.”

In June, Facebook said it would label potentially harmful or misleading posts left up for their news value.

The Facebook founder said in a statement: “The 2020 elections were already shaping up to be heated.

“During this moment, Facebook will take extra precautions to help everyone stay safe [and] stay informed.”

However, the #StopHateforProfit campaign called for more to be done, and more than 90 companies subsequently paused advertising in support of its efforts.

As a result of the boycott, shares in Facebook fell dramatically and media reported that $7.2 billion had been knocked off Mark Zuckerberg’s personal net worth.

Regulators and policy-makers around the world are concerned about the growth of hate speech, not just on Facebook but on all social media platforms, with many countries launching enquiries into how the tech companies are dealing with the issue. 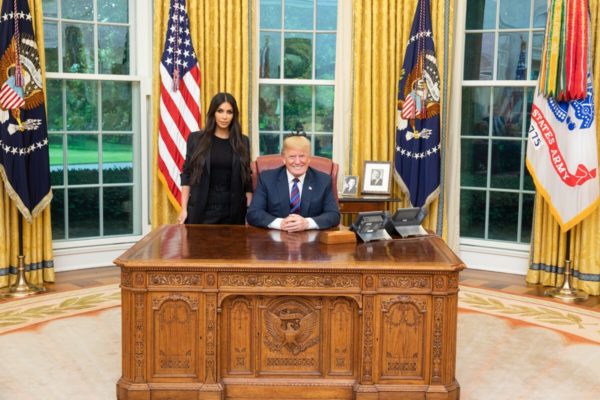 Following their engagement back in October 2013, Kim Kardashian revealed to E! News she planned on taking her husband’s last name.