Raj Nair, the head of Ford’s US operations, has resigned following an internal investigation into inappropriate behavior.

Ford said its inquiry had concluded that some of Raj Nair’s conduct had been “inconsistent with the company’s code of conduct”.

The company did not specify why the investigation was started, nor what it uncovered.

Raj Nair said in a statement that he sincerely regrets certain behavior.

In a statement, Ford President and CEO Jim Hackett said: “We made this decision after a thorough review and careful consideration. Ford is deeply committed to providing and nurturing a safe and respectful culture and we expect our leaders to fully uphold these values.”

Raj Nair had been President of Ford North America since July 1. He was previously head of global product development and chief technical officer.

He apologized, without elaborating on the reasons for his going.

He said: “I sincerely regret that there have been instances where I have not exhibited leadership behaviors consistent with the principles that the company and I have always espoused.”

Raj Nair added: “I continue to have the utmost faith in the people of Ford Motor Company and wish them continued success in the future.”

A company spokesman said Ford would not be commenting on the nature of Raj Nair’s departure.

In August, Ford agreed a multi-million-dollar settlement after an investigation into harassment at two factories in Chicago.

The inquiry was conducted by the US Equal Employment Opportunity Commission, which said female and African-American employees had been subjected to harassment and found the Ford retaliated against employees who complained about the harassment or discrimination.

Following the inquiry, Jim Hackett wrote in a letter to employees: “There is absolutely no room for harassment at Ford Motor Company…. We don’t want you here, and we will move you out for engaging in any behavior like this.” 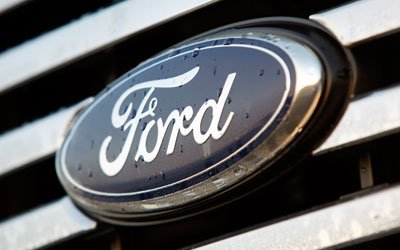 Jim Hackett is replacing Mark Fields as Ford CEO following a major reshuffle at the US car giant.

Mark Fields’ departure comes as Ford faces weak sales, falling profits and a near-40% decline in its share price since he took up his role in 2014.

Jim Hackett, 62, is described by the company as a “transformational business leader”.

Executive chairman Bill Ford said Jim Hackett was a “true visionary” and the right person to lead the car maker.

Jim Hackett will focus on modernizing Ford and “transforming the company to meet tomorrow’s challenges”.

Last week, Ford said it planned to cut 10% of its salaried workforce in North America and Asia Pacific this year, on a voluntary basis.

Sales in April were down 7% in the US and 11% lower in Europe compared with the same month last year. Ford has also been hit by costs related to safety recalls.

GM reported a record performance in the first three months of 2017, with revenue 10.6% higher at $41.2 billion, helped by strong sales of trucks and SUVs in the US.

At the time Mark Fields said the quarter was “an investment in Ford’s future”.

Ford launched new vehicles and he said it was “fortifying our core business, while also investing in emerging opportunities that will deliver profitable growth”.

In recent years, Ford has been investing heavily in self-driving technology and ride-sharing services.