Mount Shinmoedake has been spewing ash for days but eruptions turned explosive on March 10.

According to experts, volcanic activity there could continue for several months.

In the 1967 James Bond movie You Only Live Twice, Mount Shinmoedake was used to depict the exterior of a criminal organization’s secret lair. 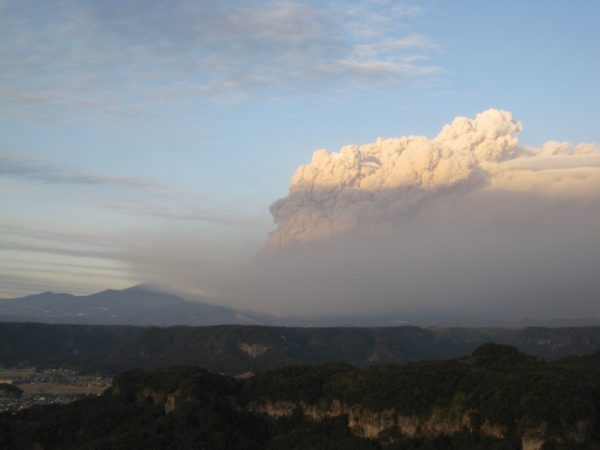 On March 10, the Japanese Meteorological Agency (JMA) issued new warnings, saying flying rocks could now be expected to reach a 2.5 miles radius around the volcano.

Vibrations have caused nearby buildings to shake, and molten lava is running down one side of the volcano.