Lawyer and academic Anita Hill will chair a special commission against harassment in the entertainment and media industries.

The first meeting of the commission, which was created by top industry executives, was attended by a wide range of entertainment industry giants.

Spearheaded by female executives, including Star Wars producer Kathleen Kennedy, it will reconvene in 2018.

It comes after a string of allegations made against dozens in Hollywood.

A wide range of industry leaders attended the first meeting, including the chairman of Disney, Warner Brothers, Sony and Universal.

The commission said it will meet in the new year to define its scope and priorities in the wake of weeks of allegations against prominent industry figures, including producer Harvey Weinstein. 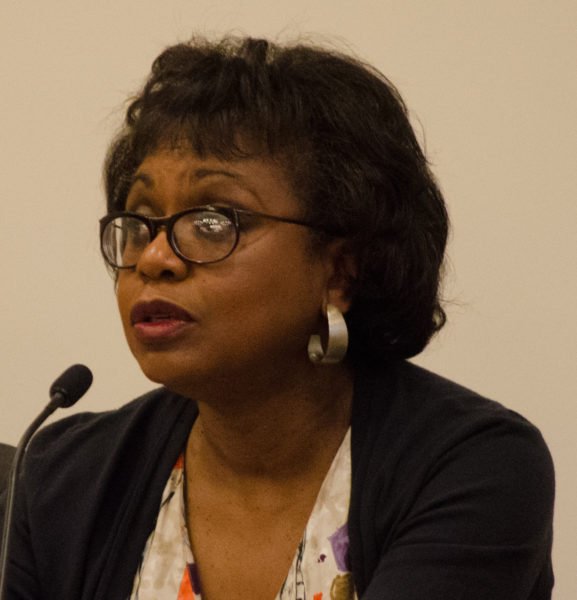 Kathleen Kennedy said: “The Commission will not seek just one solution, but a comprehensive strategy to address the complex and inter-related causes of the problems of parity and power.”

Anita Hill brought harassment to national prominence in the US in 1991 when she publically testified that Supreme Court nominee Clarence Thomas had harassed her when he was her boss at the Department for Education and at the Equal Employment Opportunity Commission.

After her private allegations were leaked to the press, Anita Hill testified publicly at a televised investigative committee where her allegations came under attack. He was eventually confirmed in the position, despite her testimony.

Now a professor at Brandeis University in Boston, she said it was “time to end the culture of silence”.

She said: “I’ve been at this work for 26 years. This moment presents us with an unprecedented opportunity to make real change.

“I’m proud to be leading this newly-formed Commission on a long overdue journey to adopt best practices and to create institutional change that fosters a culture of respect and human dignity throughout the industry.”

“We will be focusing on issues ranging from power disparity, equity and fairness, safety, harassment guidelines, education and training, reporting and enforcement, ongoing research, and data collection,” she added.