The Emoji Movie has swept the board at Hollywood’s Razzie awards, which highlight the year’s worst films.

In a statement, Razzies organizers branded The Emoji Movie a “talking poop opus”.

Tom Cruise was named worst actor for his performance in the reboot of The Mummy.

The Mummy was poorly reviewed by critics, who described it as “empty headed” and “one-note”. 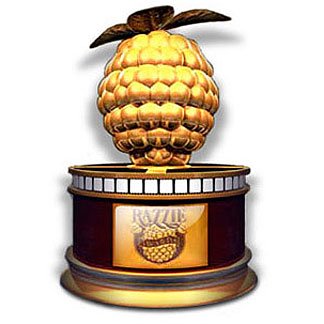 Mel Gibson was named the worst supporting actor for the comedy Daddy’s Home 2.

In 1990, Donald Trump won the title for his cameo in Ghosts Can’t Do It.

The worst actress award was given to Tyler Perry for his performance as an elderly woman in Boo 2: A Medea Halloween.

Tyler Perry was nominated for the same award last year.

Kim Basinger was named worst supporting actress for her performance in Fifty Shades Darker. The movie is the sequel to Fifty Shades of Grey which won four Razzies in 2016.

The Razzies ceremony is held in Los Angeles every year, the day before the Academy Awards.

Organizers lampoon the nominees, voted for by the public, in a series of comedy sketches and show tunes.