His resignation is the latest in a series of high-profile departures from President Trump’s team.

There has been speculation that Gary Cohn, a supporter of free trade, was angered by President Trump’s plans to impose tariffs on aluminum and steel imports.

In a statement released by the White House, Gary Cohn said it had been “an honor to serve my country”.

The 57-year-old former president of the Goldman Sachs bank and President Trump were never believed to be close.

Gary Cohn wasn’t specific about the reasons, saying in a statement it had been “an honor to serve my country and enact pro-growth economic policies to benefit the American people, in particular the passage of historic tax reform”.

Once that mission had been achieved, a number of differences may have prompted the departure, including the possible looming trade tariff war and his differences on that issue with trade adviser Peter Navarro and Commerce Secretary Wilbur Ross. 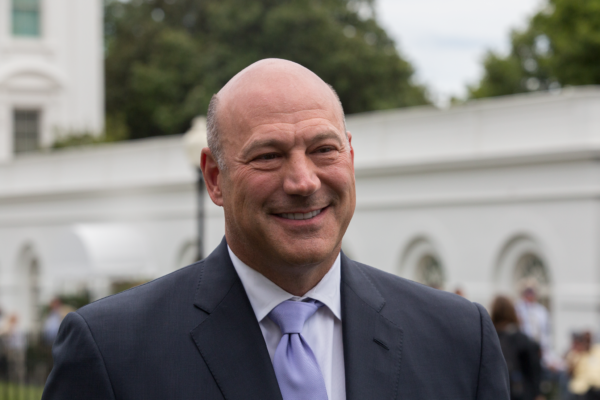 Gary Cohn had reportedly set up a meeting between President Trump and business executives who opposed the tariffs move. However, the president pulled out of that meeting and on March 6 reportedly asked Gary Cohn in the Oval Office to back the tariffs publicly. Gary Cohn did not answer, sources told Bloomberg.

In August 2017, Gary Cohn had also criticized President Trump over his reaction to a far-right rally in Charlottesville, Virginia, saying the administration “can and must do better”.

The president’s economic adviser was reported to have drafted a resignation letter after the event.

Gary Cohn’s exact departure date had yet to be determined.

In a statement, President Trump said: “Gary… did a superb job in driving our agenda, helping to deliver historic tax cuts and reforms and unleashing the American economy once again.

“He is a rare talent and I thank him for his dedicated service to the American people.”

Analysts were pointing to the resignation of Gary Cohn, a free market advocate, as one reason behind a drop in shares across Asia on March 7. The Nikkei closed 0.77% down and the Hang Seng 1.03%.

The dollar continued its retreat against the yen, down from 113 at the start of the year to 105.6 on March 7.