At least 25 people have been killed by Guatemala’s most violent volcano eruption in more than a century.

The Fuego volcano, about 25 miles south-west of the capital Guatemala City, spewed rock, gas and ash into the sky on June 3.

Fast-moving flows hit villages, killing people inside their homes. Hundreds were injured and many are missing. Guatemala’s main airport is closed.

In a statement issued on June 3, President Morales spoke of Guatemala’s “deep pain” caused by the “irreparable losses” in human lives. 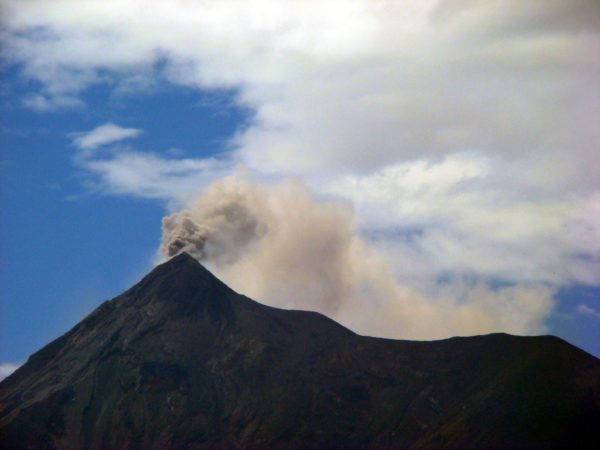 Hundreds of personnel from the police, Red Cross and military have been deployed, organizing evacuations and setting up temporary shelters.

Sergio Cabañas, head of the country’s National Disaster Management Agency (CONRED), said the town of El Rodeo had been “buried”.

Other towns affected include Alotenango and San Miguel los Lotes. Rescuers are still trying to reach a number of villages and the death toll is expected to rise.

Fuego is one of Latin America’s most active volcanoes. A major eruption devastated nearby farms in 1974, but no deaths were recorded.

Another eruption in February this year sent ash 1.1 mile into the sky.

Today’s event was on a much greater scale. Hot rock mixed with gas rushed down the mountainside and engulfed villages. Ash reached up to more than 4 miles.

This is Guatemala’s deadliest such event since 1902, when an eruption of the Santa Maria volcano killed thousands of people.