There are hundreds of payday loan lenders available on the internet, but how can you truly know that you’re using a lender that’s reputable and reliable? When looking for payday loans direct lenders, there are a few factors which you will need to take into consideration, including whether they have the appropriate regulations and whether they state any extra costs clearly and concisely. If you’re in a financial emergency and urgently need a loan, but are unsure about which lender to choose, we’ve made the selection process a little easier for you.

Are They Regulated By The FCA?

Undeniably, one of the most important parts about choosing a payday loan lender is whether or not they’re regulated by the FCA. Before borrowing a single penny from a lender, you may want to check to see if they are authorised by the FCA. Usually, this information can be found in the footer of the lender’s website. The information you may consider include the FCA authorisation number and the company registration information. If you’re unable to find this information, it’s highly likely that the business is not as trustworthy as it should be.

The APR Rate That They Charge

Once you’ve discovered that your desired lender is regulated by the necessary statutory bodies, you may then proceed to investigate into their extra charges, with APR being the priority. APR stands for Annual Percentage Rate, yet confuses many people searching for a loan lender as it usually needs to be paid in monthly instalments. When searching for a lender’s APR, remember that the stated APR value isn’t the definite one that you’ll have to pay. Instead, you should only pay a fraction of the percentage, although this depends on several factors such as how much you intend on borrowing and how long you require the loan for. It’s worth noting that the very best lenders will tell you the exact amount that you’ll have to pay long before you’re expected to. 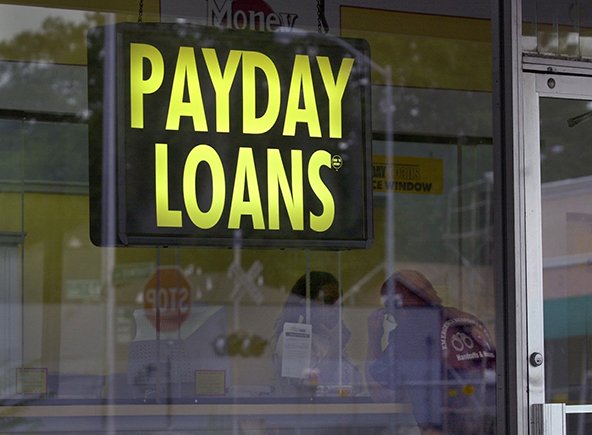 When dealing with an online payday loan lender, it can be difficult to discover how reliable they are when human contact is limited. Naturally, one of the most important things you should look out for in a payday loan lender is whether or not their website is secure, otherwise your personal and financial information may be put at risk. Luckily, you don’t have to be a technological expert to do this either, as simple things such as whether they have a ‘https’ URL as opposed to ‘http’ can determine whether or not they have a secure website. In addition to this, particularly on mobile, you may see a padlock symbol next to the site address, which can also be a sign that a website is secure. If a lender lacks security features, you may want to look elsewhere.

Before being completely set on a single payday loan lender, you’ll want to compare the market as much as possible, looking out for all of the above criteria. More established businesses will often guarantee you stability, and often all potential hidden charges will be made clear to you before you decide to take out a payday loan. Furthermore, you should always conduct your research to find out whether the site is mentioned elsewhere online in reviews or testimonials, as this can provide you with advice from likeminded individuals who have used their services.