According to officials, the death toll from cold weather has risen to more than 60 across Europe, with at least 23 casualties in Poland alone amid sub-zero temperatures.

Meanwhile most transport and flights have been suspended in Ireland where thousands were left without power.

The unusually cold spell brought by a Siberian weather system was being felt as far south as the Mediterranean.

The system has been given various nicknames – in the UK it is “the Beast from the East”, while the Dutch call it the “Siberian bear” and Swedes the “snow cannon”.

It met Storm Emma on March 1, causing blizzards and strong winds in parts of England, Wales and Ireland.

Army forces were called in to help the civilian workforce in both Britain and Ireland.

Some rail services operated by Eurostar between London, Paris and Brussels were suspended. 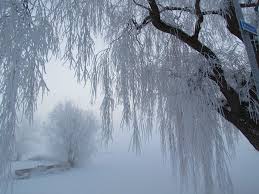 Geneva airport was also temporarily shut, but has since reopened – warning that further delays and cancellations should be expected.

In parts of central Italy, ice forced the closure of several roads and railways.

On March 2, at least 4 people were killed in an avalanche near the ski resort of Entraunes in the French Alps.

In Ukraine, all schools and universities were told to close in an effort to save gas, after its Russian supplier refused to deliver more fuel.

Russian energy giant Gazprom said it was severing its contracts with Ukraine after a Stockholm court ruled against it in a long-running legal battle.

In Poland, most of the victims were rough sleepers.

The deaths are partially attributed to a combination of the severe cold and alcohol consumption by homeless people, who drink hoping to warm up.

The night time temperature has been -15C (5F) all week in Warsaw.

Over the past week, the cold weather has killed seven in Slovakia, six in the Czech Republic, five each in Lithuania and France (excluding the avalanche victims) and at least three in Spain, according to AFP.

Romania, Serbia, Italy and Slovenia have all counted two deaths each, while one person has died in Britain. The Netherlands, Sweden, and Norway each also recorded one weather-related death.