Democrat Doug Jones has won Alabama election after a bitter campaign against Republican Roy Moore, becoming the first Democrat to win a Senate seat for the state in 25 years.

Doug Jones’ unexpected victory deals a blow to President Donald Trump, who backed Roy Moore, and narrows the Republican majority in the Senate to 51-49.

Roy Moore has so far refused to concede, saying “it’s not over”.

The Republican fought a controversial campaign, in which allegations surfaced of assaulting teenage girls.

Roy Moore, a firebrand conservative who has said he believes that gay activity should be illegal, has repeatedly denied the claims against him.

The contest was for the seat vacated by US Attorney General Jeff Sessions earlier this year.

Doug Jones won with 49.9% of the vote, to Roy Moore’s 48.4%. All votes from precincts around the state have been counted.

The margin of victory is well above the half a percentage point which would have triggered a recount. 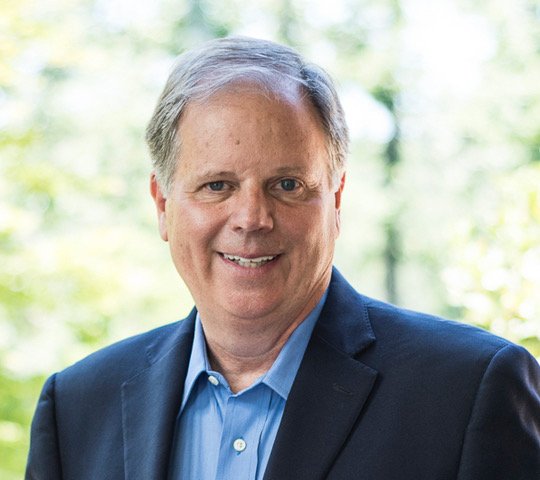 However, Alabama Secretary of State John Merrill, quoted by the Washington Post, said a recount could still be ordered if a review of write-in votes and overseas ballots narrowed it to within this range.

Overseas ballots can continue to come in until the seventh day after the election (December 19), the Department of Defense’s Federal Voting Assistance Program says.

There was a total of 1.7% of votes for write-ins, where voters wrote in names of candidates who did not appear on the ballot paper.

Even if the final result is outside the 0.5% margin, either candidate can request a recount if they are prepared to pay the costs.

Roy Moore, a 70-year-old former judge, told his supporters it was not yet over.

“We’ve been painted in an unfavorable and unfaithful light,” he said.

“Realize that when the vote is this close that it’s not over.”

Although Roy Moore did not concede, President Donald Trump congratulated Doug Jones in a tweet shortly after media declared him the winner, adding that “Republicans will have another shot at this seat in a very short period of time”.

The Senate seat will come up for re-election in November 2020.

Doug Jones, 63, told his supporters in a victory speech that the “entire race has been about dignity and respect”.

His victory has been credited to an unusually high turnout of black voters. Exit polls also suggest 56% of women voted for him.

After Doug Jones takes his seat, the Republicans can only afford to lose one vote – in the event of a 50-50 split VP Mike Pence will have the casting vote.