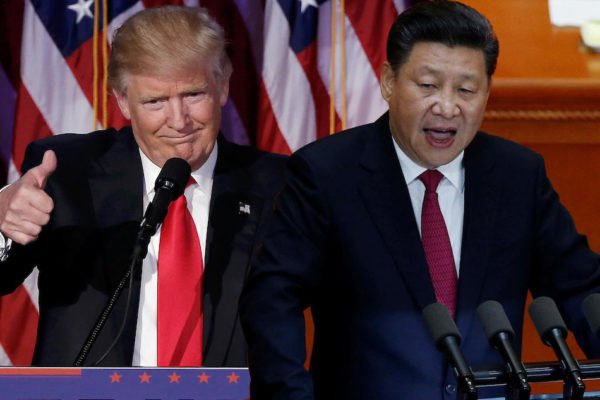 President Donald Trump has begun an 12-day trip to Asia during which he will visit Japan, South Korea, China, Vietnam and the Philippines.

The trip will be the longest tour of Asia by an American president in 25 years.

It comes at a time of heightened tensions with North Korea over its nuclear program and missile tests.

President Trump is expected to show a united front with South Korea and Japan while pressing China to take a stronger line with North Korea.

He flew first to Hawaii where he visited the USS Arizona Memorial at Pearl Harbor – the scene of the 1941 Japanese attack that drew the US into World War Two.

He also took part in a briefing at the US Pacific Command.

From Hawaii, the president and First Lady Melania Trump will head to Japan and then on to South Korea.

President Trump has previously exchanged some fiery rhetoric with North Korea over its ballistic missile tests but aides said earlier this week that he would not go to the heavily fortified demilitarized zone (DMZ) on the border between South and North Korea.

He is, however, to visit Camp Humphreys, a US military complex south of Seoul.

In Vietnam, President Trump will attend the Asia-Pacific Economic Co-operation summit in Da Nang and make a state visit to Hanoi.

His final engagement will be a summit of South East Asian nations in the Philippine capital, Manila.

The last time an American president made such a marathon trip to Asia was when George H.W. Bush visited the region in late 1991 and early 1992.