They were at Kuala Lumpur airport on October 24.

Siti Aisyah and Doan Thi Huong are accused of rubbing the highly toxic VX nerve agent on the face of the half-brother of North Korea’s leader as he waited for a flight.

The two women have pleaded not guilty to murder, saying it was a TV prank and they were tricked by North Korean agents.

North Korea has denied any involvement in the February 13 killing, but four men – believed to be four North Koreans who fled Malaysia on the day of murder – have also been charged in the case. 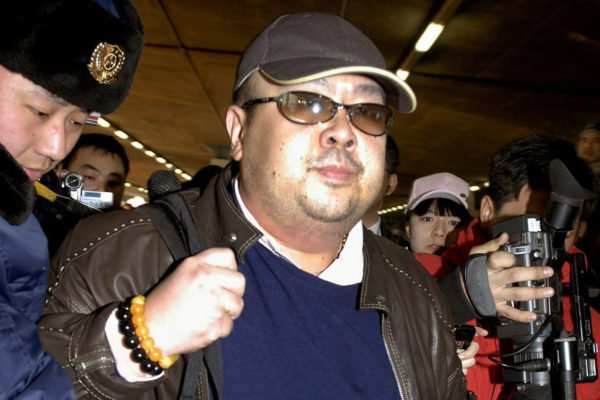 Kuala Lumpur International Airport was packed with journalists on October 24 as the women arrived, escorted by dozens of security officers.

Siti Aisyah and Doan Thi Huong wore bullet proof vests, and were seen in wheelchairs at one point.

According to local media, they were accompanied by their lawyers and the judge presiding over the trial.

Siti Aisyah and Doan Thi Huong are expected to visit the check in hall where Kim Jong-nam appeared to have been attacked, and the medical center where he sought assistance.

If found guilty, Siti Aisyah and Doan Thi Huong face the death penalty. Their defense lawyers are likely to argue that the real culprits are the North Korean agents, who left Malaysia.

The two women suspected of murdering Kim Jong-nam, the half-brother of North Korea’s leader, have pleaded not guilty at their trial in Malaysia.

The brazen nature of Kim Jong-nam’s killing, using the highly toxic VX nerve agent as he waited for a flight at Kuala Lumpur airport in February, shocked the world.

Doan Thi Huong and Siti Aisyah say it was a TV prank and they were tricked by North Korean agents.

North Korea has denied any involvement in the killing, but in court prosecutors said that four men – believed to be four North Koreans who fled Malaysia on the day of murder – were also charged in the case.

The incident led to a bitter diplomatic row and strained the once cordial ties between North Korea and Malaysia, which expelled each other’s ambassadors.

The trial has been eight months in the making and the two women are the only suspects actually charged so far with the murder of Kim Jong-nam.

After the charges were read to them in court in Indonesian and Vietnamese, the two women entered their pleas through interpreters. 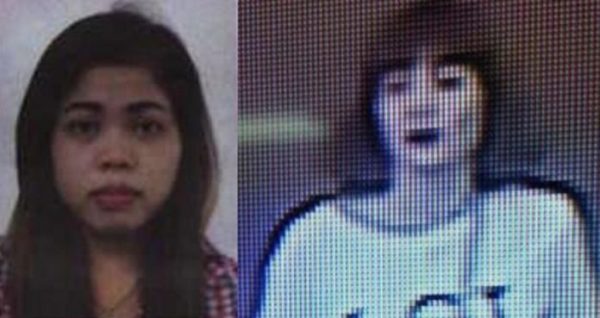 If found guilty, the women face the death penalty. Their defense lawyers are likely to argue that the real culprits are North Korean agents, who left Malaysia.

However, in his opening remarks, the prosecutor said he aims to prove that the women, along with four people still at large, had the “common intention” to kill Kim Jong-nam.

The prosecutor said the women had carried out practice runs in Kuala Lumpur shopping malls before the attack, under the “supervision” of the four people, who were not named in court.

Dozens of witnesses, including airport staff who came into contact with Kim Jong-nam, are expected to take the stand in the trial which will run for weeks.

The murder is notable for its sheer audacity, taking place as it did mid-morning in full view of security cameras at Kuala Lumpur’s airport.

On February 13, the two women were seen threading through crowds of people and accosting Kim Jong-nam, before rubbing their hands on his face.

Then there was the speed with which Kim Jong-nam died. Immediately after the attack he sought help from airport staff, who led him to a clinic, but he collapsed and died just minutes later.

After a post-mortem examination, Malaysian authorities announced Kim Jong-nam had been killed by VX, a toxin so lethal that it is classified as a weapon of mass destruction by the United Nations.

The two women, who were arrested days after the killing, have insisted that they were tricked by North Koreans into taking part in what they thought was a TV prank. Four North Korean men who fled Malaysia shortly after the incident are believed to suspects. In March, Interpol issued “red notices” for the North Koreans arrest.

Malaysia has named and questioned other North Koreans in relation to the case.

However, authorities also allowed three of them to leave the country in late March, in return for North Korea releasing nine Malaysian diplomats and their families.

The two women implicated in the killing of Kim Jong-nam, the estranged brother of North Korea’s leader, are Doan Thi Huong and Siti Aisyah.

Little is known about Doan Thi Huong and Siti Aisyah except that they had left their homes in different parts of Asia and were trying to make a living in Malaysia.

According to Malaysian police officials, Doan Thi Huong, a 28-year-old from Vietnam, is an “entertainment outlet employee” while Siti Aisyah, a 25-year-old from Indonesia, was working in a hotel massage parlor.

Doan Thi Huong’s Facebook page, in which she posted under the name Ruby Ruby, showed her posing in a number of selfies and glamour shots. There are rumors she once auditioned for Vietnam’s version of Pop Idol. Her family said she left her home village in north Vietnam at 17 to study in the capital Hanoi, and had rarely returned home since. They said they were surprised to learn she was in Malaysia.

Her stepmother said that the family was fed up with all the attention they had received, but were grateful for the support of their neighbors.

Siti Aisyah was arrested for the killing along with her 26-year-old Malaysian boyfriend, who was later released on bail.

She told the Indonesian embassy officials that she thought she was taking part in a reality TV show, and had been paid 400 Malaysian ringgit ($90) to smear what she thought was baby oil on to Kim Jong-nam’s face.

Kim Jong-nam Assassination: Two Women to Be Charged with Murder

Siti Aisyah was out partying with her friends the night before the killing. A friend, who spoke anonymously, said they were celebrating her birthday, which had been the day before. Film footage purportedly from the evening shows her talking with friends about becoming an internet star. Other suspects in Kim Jong-nam’s assassination are:

Ri Jong-chol, 47, is a North Korean who has lived in Malaysia for the last three years. He is in Malaysian detention.

The Malaysian boyfriend of Siti Aisyah, Muhammad Farid Jalaluddin, was arrested but police said he would be released on bail.

Kim Uk-il, 37, is a staff member of North Korea’s state airline Air Koryo, and is also believed to still be in Malaysia.

Ri Ju-u, 30, a North Korean also known as “James”, has been identified by the women as the man who recruited them.

Ri Ji-hyon, 33, a North Korean, is believed to have fled to Pyongyang.

Hong Song-hac, 34, a North Korean, is believed to have fled to Pyongyang.

O Jong-gil, 55, a North Korean, is believed to have fled to Pyongyang.

Ri Jae-nam, 57, a North Korean, is believed to have fled to Pyongyang.

Two women involved in the assassination of Kim Jong-nam are to be charged with murder on March 1, Malaysia’s prosecutor says.

Attorney General Mohamed Apandi Ali said the Indonesian and Vietnamese suspects would be formally charged and could face death if convicted.

They allegedly smeared a deadly chemical over Kim Jong-nam’s face at a Malaysia airport earlier this month.

The women have said they thought they were taking part in a TV prank.

“They will be charged in court under Section 302 of the penal code,” the attorney general said, which is a murder charge with a mandatory death sentence if found guilty.

Mohamed Apandi Ali said no decision had yet been taken on whether to charge a North Korean man, Ri Jong-chol, who is also being held over the killing.

Doan Thi Huong from Vietnam and Siti Aisyah from Indonesia are among some ten suspects identified by Malaysia as being involved in the killing.

The other suspects include a senior official at the North Korean embassy in Kuala Lumpur and a staff member of the state airline. South Korea believes at least four suspects are North Korean spies.

A high-level delegation from North Korea – led by the former ambassador to the UN – arrived in Kuala Lumpur on February 28.

They said they were seeking the retrieval of the body and the release of Ri Jong Chol, as well as the “development of friendly relationships” between North Korea and Malaysia.

North Korea has not confirmed that the person killed on February 13 at Kuala Lumpur airport was Kim Jong-nam, the half brother of leader Kim Jong-un, saying only he was a North Korean traveling on a diplomatic passport.

Kim Jong-nam, 42, was at a check-in desk for a flight to Macau, where he lives, when he was accosted.

Kim Jong-un’s brother was smeared with a very high amount of the toxic nerve agent VX and died in pain within 15-20 minutes, Malaysia’s health minister said on February 26.