Maltese prosecutors have charged businessman Yorgen Fenech with complicity in the murder of investigative journalist Daphne Caruana Galizia in 2017.

Yorgen Fenech, one of Malta’s wealthiest men, pleaded not guilty to that charge and four others including membership of a criminal gang.

Relatives of Daphne Caruana Galizia were present in the court in Valletta.

The investigation into the blogger’s death has rocked the Maltese government. PM Joseph Muscat is under pressure to resign.

The prime minister’s chief aide, Keith Schembri, resigned this week amid reports he was being questioned by police, while Tourism Minister Konrad Mizzi also quit and Economy Minister Chris Cardona took the decision to suspend himself.

Three people are awaiting trial for the journalist’s murder in a car bombing but the police investigation is now focusing on who ordered the killing and why.

Yorgen Fenech has been repeatedly questioned over the killing since trying to leave the island on his yacht on November 20, and sought a pardon in return for providing information but his request was rejected.

According to Maltese media, Yorgen Fenech was familiar with Melvin Theuma, a taxi driver with links to criminal enterprises who has been described in local media as a potential “middleman” in the murder.

The businessman is a well-known figure in Malta who has served as head of the Tumas business group and a director of energy company Electrogas but recently resigned from both positions.

Yorgen Fenech was identified last year as being the owner of a mysterious Dubai-registered company, 17 Black.

17 Black was listed in the Panama Papers – confidential documents leaked from a Panamanian law firm in 2016 which revealed how the wealthy and powerful use tax havens to get around the law.

Daphne Caruana Galizia had written about 17 Black eight months before her death, alleging it had links to both Keith Schembri and Konrad Mizzi. 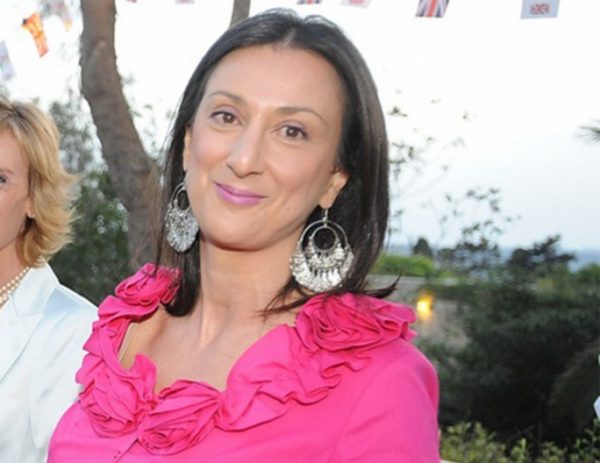