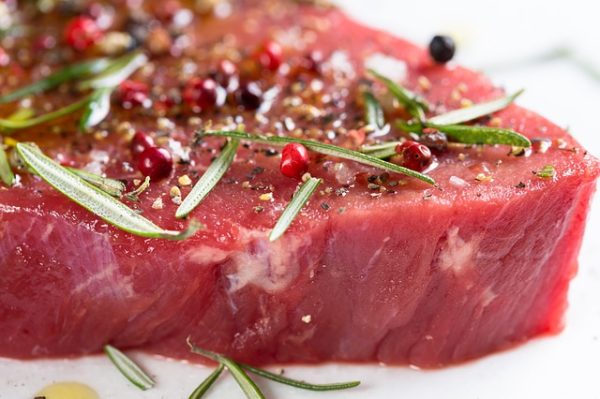 Venezuela’s President Nicolás Maduro sparked outrage in his crisis-hit country after he was filmed eating in an upscale steak restaurant in Istanbul, Turkey.

Almost two-thirds of Venezuelans have reported losing weight as shortages of food worsened in recent years.

Chef Nusret Gokce posted three videos of Nicolas Maduro’s visit on Instagram, but has since deleted them.

The chef, who has been dubbed Salt Bae for his stylized way of sprinkling salt on his meat, is seen carving meat in front of the couple with dramatic flair.

President Maduro can be heard saying: “This is a once in a lifetime moment.”

Other videos show President Maduro smoking a cigar taken from a box with his name engraved on a plaque, and his wife holding up a T-shirt with the chef’s image.

Nusret Gokce owns several luxurious restaurants in the US, the Middle East and Turkey, and videos of him carving meat have been watched by millions of people.

The chef’s restaurants sell some cuts of meat for several hundred dollars.

Nicolas Maduro and his wife were in Istanbul on a stop-over from China, where the president was trying to drum up investment.

The videos were shared widely by critics of Nicolas Maduro.

Opposition leader Julio Borges, who is living outside Venezuela for fear of arrest, tweeted: “While Venezuelans suffer and die of hunger, Nicolás Maduro and Cilia Flores have a good time in one of the most expensive restaurants in the world, all with money stolen from the Venezuelan people.”

In Venezuela, 64% of people have reported losing significant amounts of weight, 24lbs on average, amid worsening food shortages.

Child malnutrition is at record levels and 2.3 million people have left Venezuela since 2014.

Nicolas Maduro spoke about the now-controversial lunch during a TV news conference, confirming that he had eaten there during his stopover from China.

He said: “Nusret attended to us personally. We were chatting, having a good time with him.”

President Maduro also said that chef Nusret Gokce had told him that “he loves Venezuela”. The chef has not commented.

The two were arrested in Haiti last week and taken by the US Drug Enforcement Administration to New York and charged with drug trafficking.

Diosdado Cabello said the arrests were “irregular” and had been carried out to damage the governing party ahead of legislative elections on December 6.

US-Venezuelan ties have been fraught.

The US and Venezuela have not exchanged ambassadors since 2012 and Venezuela regularly accuses the US of trying to destabilize the Latin American country.

Diosdado Cabello, a powerful figure in the governing United Socialist Party (PSUV), was the first official to speak out about the arrest of the two men on November 10. In an interview with Venezuelan TV, Diosdado Cabello said that he did not consider it an arrest.

“A plane went to Haiti with six people and they kidnapped two,” he said referring to the fact that the four other people on board had not been charged.

“It’s the DEA’s normal procedure to kidnap lots of people,” he alleged.

The aim of the arrests, Diosdado Cabello added, was “to hurt the Bolivarian revolution” in the midst of an election.

Some polls suggest that the governing coalition could lose its majority in the National Assembly for the first time in 16 years on December 6.

Efrain Antonio Campo Flores, 29, and Franqui Flores de Freitas, 30, were charged with one count of drug trafficking on November 12.

The two are nephews of first lady Cilia Flores and travelled on diplomatic passports.

Diosdado Cabello said they had acted independently: “These are grown men who can do what they want in life.”

Their indictment accuses the men of conspiring to import “five kilograms [11 lb] and more of mixtures and substances containing a detectable amount of cocaine” to the US.

A US law enforcement source had told Reuters that the two men had allegedly planned to smuggle a much larger amount, 800kg, to the US.

Lawyers for Efrain Antonio Campo Flores and Franqui Flores de Freitas said they would plead not guilty at their next court appearance.