China has removed the term limits for presidency, in a move that effectively allows Xi Jinping to remain as president for life.

The constitutional changes were passed by the annual sitting of the National People’s Congress on March 11.

The vote was widely regarded as a rubber-stamping exercise. Two delegates voted against the change and three abstained, out of 2,964 votes.

Since the 1990’s, China had imposed a two-term limit on its president.

However, President Xi Jinping, who would have been due to step down in 2023, defied the tradition of presenting a potential successor during October’s Communist Party Congress. 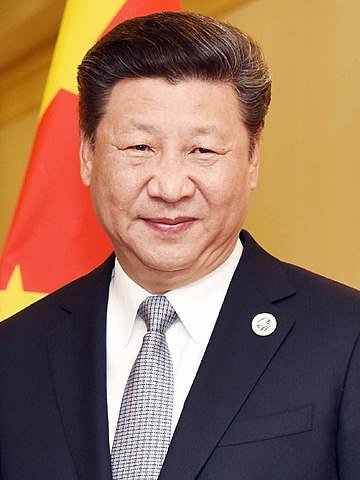 Xi Jinping confirmed as China’s leader for next decade

Instead, Xi Jinping consolidated his political power as the party voted to enshrine his name and political ideology in the party’s constitution – elevating his status to the level of its founder, Chairman Mao.

On paper, the congress is the most powerful legislative body in China – similar to the parliament in other nations. It was widely believed that it would approve what it was told to.

He also fought corruption, punishing more than a million party members – which has helped his popularity among some.

However, at the same time, China has clamped down on many emerging freedoms, increasing its state surveillance and censorship programs. Critics also say Xi Jinping has used the anti-corruption purge to sideline political rivals.

President Donald Trump is hosting China talks with President Xi Jinping at his Florida resort Mar-a-Lago for their first summit.

President Trump said they had “developed a friendship” as they sat for dinner at Mar-a-Lago.

He is expected to press President Xi for action on North Korea, and the Chinese leader to seek assurances on Taiwan.

President Trump has said the summit “will be a very difficult one”. In 2016, he accused China of “raping the US”.

During the election campaign, Donald Trump said massive trade deficits and job losses could no longer be tolerated. However, at dinner on April 6, it was all smiles, with the leaders’ two wives, folk singer Peng Liyuan and First Lady Melania Trump also in attendance.

The meeting was, however, largely overshadowed later by a US airstrike on an airbase in Syria in response to a suspected chemical weapons attack.

Despite his tough campaign talk, Donald Trump has so far not followed through on his threat to formally brand China a “currency manipulator”, nor to hit Chinese imports with punitive tariffs.

His blue-collar supporters will hope he can translate his China-bashing election rhetoric into concrete gains for American manufacturing workers.

One of the most urgent issues for the US is North Korea, which is trying to develop an intercontinental ballistic missile capable of hitting the west coast of the US with a nuclear device.

North Korea fired a medium-range missile into the Sea of Japan on April 5, the latest in a series of launches.

Although Beijing has condemned this and previous missile tests, it has so far been reluctant to isolate its neighbor, fearing its collapse could spawn a refugee crisis and bring the US military to its doorstep.

Donald Trump is expected to call on Xi Jinping to arm-twist North Korea into halting its nuclear program by denying it access to banking institutions.

The president told the Financial Times this week he was prepared to act unilaterally, saying: “If China is not going to solve North Korea, we will.”

A senior White House official said North Korea would be a key test for the Trump-Xi relationship.

“The clock is very, very quickly running out,” the official said.

“All options are on the table for us.”

For his part, President Xi Jinping will seek assurances from President Donald Trump on US arms sales to Taiwan, which China considers a breakaway province that must eventually reunify with the mainland.

Donald Trump outraged China in December when he took the unorthodox step of accepting a phone call from the Taiwanese president.

However, he later agreed to respect the “one China” policy in a telephone call with President Xi Jinping in February.

Climate change, which Donald Trump once dismissed as a Chinese hoax, and Beijing’s building of artificial islands in the disputed South China Sea, could also come up.

Some protesters lined the streets on April 6 to voice their opposition to China’s policy in the South China Sea.

President Xi Jinping’s visit will conclude with a working lunch on April 7.

However, there is unlikely to be any golf on the agenda. While Donald Trump is fond of hitting the fairway, Xi Jinping’s administration has cracked down on the sport in an anti-corruption drive.

Xi Jinping said investment would reach $12 billion over the next 15 years.

Beijing, the Chinese leader added, would assist in 600 overseas projects in the next five years and offer more scholarships. “Looking around the world, the peace and development remain the two major themes of the times,” Xi Jinping said.

“To solve various global challenges, including the recent refugee crisis in Europe, the fundamental solutions lie in seeking peace and realizing development.

“Facing with various challenges and difficulties, we must keep hold of the key of the development. Only the development can eliminate the causes of the conflicts.”

Xi Jinping’s pledges of aid give a big boost to the launch of the UN’s new Global Goals for Sustainable Development – the day after all members states committed themselves to a hugely ambitious program.

The plan aims to eradicate poverty and hunger by 2030.

It was China’s extraordinary record shifting so many families out the ranks of the poor which ensured that the overall global record in poverty reduction under the previous Millennium Development Goals was substantial.

Now China is offering to help other countries – particularly in Africa.

This new initiative also suggests China is willing to take on more of the responsibilities that go with its status as emerging superpower.