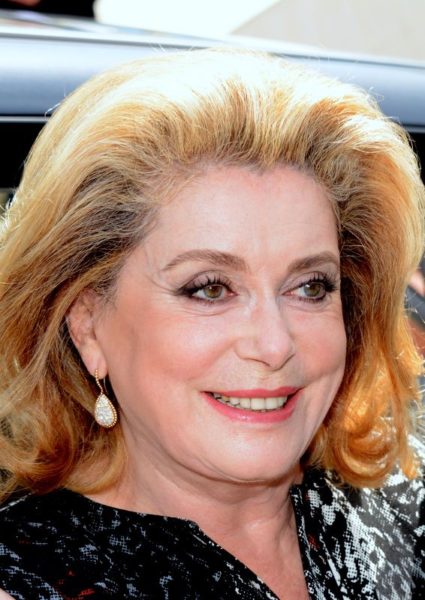 In an open letter Catherine Deneuve voiced fury that another actor, Philippe Torreton, had attacked Gerard Depardieu for leaving France “with a load of dosh”.

Catherine Deneuve said “he [Gerard Depardieu] is a great actor and you’re just expressing your resentment”. She starred with Gerard Depardieu in several classic French films.

Gerard Depardieu has criticized the Socialist government for its new 75% wealth tax.

Next year, the top rate of income tax in France is due to become 75% on earnings above 1 million euros ($1.3 million). Belgium’s highest tax rate is currently 50%.

“To take aim at his physique! His talent! This <<mess>>you speak of – what right do you have, what democratic motive do you claim as grounds for your dirty condemnation?”

Gerard Depardieu, 63, announced earlier this month that he was moving just over the French border to the small Belgian town of Nechin.

Catherine Deneuve starred with him in some landmarks of French cinema, including The Last Metro and, more recently, the Franco-Belgian comedy, Potiche.

On Wednesday another star of French cinema, Brigitte Bardot, also defended Gerard Depardieu, saying he was the victim of “unfair vilification”.

“Even if he is a fan of bullfighting, that does not prevent him being an exceptional actor who represents France with a unique fame and popularity,” said Brigitte Bardot, a campaigner for animal rights.

On Thursday the row spread to Russia where President Vladimir Putin addressed the actor’s move abroad during his marathon annual news conference.

Vladimir Putin told a big live audience: “I’m sure the French authorities did not want to offend Mr. Depardieu. But if he’d like to have a Russian passport, consider it settled.”