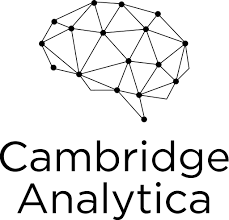 Facebook founder Mark Zucker has revealed that his data was among that harvested in a privacy scandal.

He made the disclosure during his second day of being questioned in Washington.

In a related development, Cambridge Analytica, the political consultancy at the heart of the affair has announced its acting chief executive, Dr. Alexander Tayler, is stepping down from the post to resume his previous position as its chief data officer. Alexander Nix, who had been in charge until March, remains suspended.

Mark Zuckerberg also revealed that Facebook was exploring whether to take action against the University of Cambridge.

The institution is where the researcher who had collected and sold personal data to Cambridge Analytica was based.

Mark Zuckerberg said: “What we found now is that there’s a whole program associated with Cambridge University where… there were a number of other researchers building similar apps.

“So, we do need to understand whether there was something bad going on at Cambridge University overall that will require a stronger reaction from us.”

A spokeswoman for the University of Cambridge said it was preparing a response.

Mark Zuckerberg had earlier apologized for having failed to check in 2015 that Cambridge Analytica had deleted information gathered about millions of Facebook users.

Instead Facebook let Cambridge Analytica self-certify that it had destroyed the records, which had been acquired in violation of the social network’s rules.

Facebook’s chief executive said: “We have a responsibility to make sure what happened with [app developer] Kogan and Cambridge Analytica doesn’t happen again.”

He added that Facebook’s audit of other apps would take many months to complete. However, the 33-year-old said that the company had seen no evidence as yet that Russia or China had attempted to scrape people’s information.

Cambridge Analytica has denied breaking the law and said it did indeed delete the data.

Mark Zuckerberg’s appearance before the House Committee on Energy and Commerce follows a five hour session in front of two Senate committees on April 10.

During a testy early exchange, Facebook’s chief executive declined to give a commitment to change all users’ default privacy settings to collect the minimum amount of personal information.

Elsewhere in the hearing, Mark Zuckerberg acknowledged that he believed it was “inevitable” that the internet would need new regulations.

He also faced fresh accusations from Republican congressman Steve Scalise that the News Feed’s algorithm was discriminating against conservative news and content in favor of liberal posts. Mark Zuckerberg denied.

Another Republican pulled a surprise by displaying photos of illegal adverts for opioid drugs that he said had been live on Facebook on April 10.

Congressman David McKinley said: “Facebook is actually enabling an illegal activity and in so doing you hurting people.”

Mark Zuckerberg replied: “There are a number of areas of content that we need to do a better job of policing.” He added that he believed artificial intelligence tools would make this possible in the future.