UK’s PM Boris Johnson has said he will press on “undaunted” with Brexit on October 31, despite losing a crunch Commons vote.

He must now ask the EU for an extension to that deadline after the Prliament backed an amendment aimed at ruling out a no-deal Brexit, by 322 votes to 306.

Boris Johnson has told EU Council President Donald Tusk that he will now send a letter seeking the delay.

Under the terms of the so-called Benn Act, passed last month by UK lawmakers, he has until 23:00 local time on October 18 to send it.

Having spoken to the prime minister at 19:15 local time, EU Council President Donald Tusk tweeted that he was “waiting for the letter”.

An EU source said that once Donald Tusk received the letter, he would start consulting EU leaders on how to react.

Boris Johnson has vowed to bring in legislation on October 21 to implement the deal he struck with Brussels this week.

Lawmakers could also be given another vote on the deal then, if Commons Speaker John Bercow allows it.

The Commons defeat is a major setback for the prime minister, who has repeatedly insisted that the UK will leave at the end of the month come what may.

PM Boris Johnson told the Commons he was not “daunted or dismayed” by the defeat and remained committed to taking Britain out by the end of the month on the basis of his “excellent deal”.

In a letter to lawmakers and peers on October 19, Boris Johnson warned the EU could reject “Parliament’s request for further delay”.

He wrote: “It is quite possible that our friends in the European Union will reject Parliament’s request for further delay (or not take a decision quickly).”

The PM added that it was to his “great regret” that lawmakers had voted for more delay, and that he “will not negotiate a delay”.

“I will tell the EU what I have told the British public for my 88 days as prime minister: further delay is not a solution,” he said.

Downing Street refused to offer any explanation as to why the prime minister did not consider he was obliged to negotiate a fresh extension.

The EU said it was up to the UK to “inform it of the next steps”. 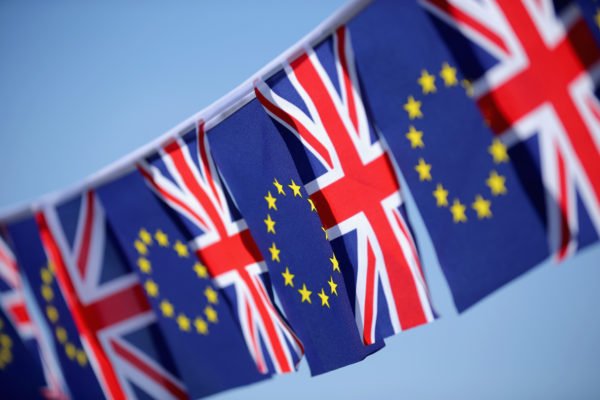 EU leaders have approved the UK’s withdrawal agreement from the European Union (Brexit), President of the European Council Donald Tusk has announced.

The 27 leaders gave Brexit their backing after less than an hour’s discussion in Brussels.

On November 24, Donald Tusk signaled that the deal would be approved after Spain withdrew last-minute concerns over Gibraltar.

The Brexit deal needs to be approved by the UK Parliament, with many lawmakers opposed.

The Brexit deal follows more than 18 months of negotiations between the two sides, which began when the UK triggered Article 50 in the wake of the 2016 referendum.

The UK Parliament is expected to vote on the deal in early December but its approval is by no means guaranteed, with Labour, the Lib Dems, the SNP, the DUP and many Conservatives lawmakers set to vote against.

UK’s PM Theresa May has appealed to the public to get behind the agreement, arguing it is the best deal she could have struck and honors the result of the Brexit referendum.