Greek rescuers are searching for dozens of people missing after the deadly wildfires near Athens.

Up to now, at least 79 people have died, and a search continues for survivors who fled the blaze, including those who took to the sea.

According to authorities, high winds spread the fire, trapping many in homes and vehicles and forcing others into the water as they tried to escape the flames.

The fire is now widely reported to be the deadliest on record in Greece.

There is no formal count of the missing. The fire brigade has received dozens of calls, but is unable to verify the exact number.

Relatives of those reported missing have posted photographs of more than 30 people online in the hope of tracing their whereabouts.

Coastal patrol boats combed the shoreline on July 25, searching for survivors and bodies, while rescue teams searched houses and cars. 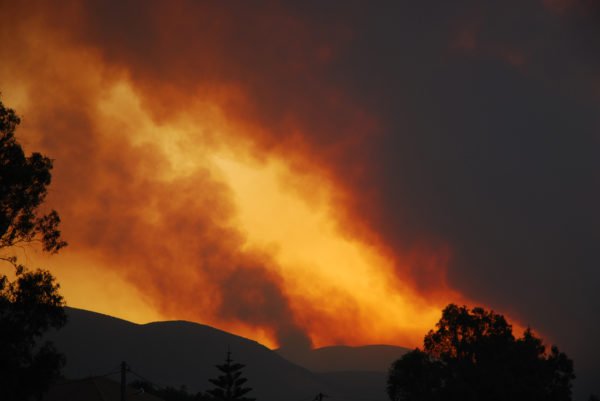 The number of injured, meanwhile, continues to grow, and stands at more than 180, including two dozen or so children. Tourists were also caught up in the blaze, including one British man who was treated for burns.

Others have been evacuated to temporary accommodation.

On July 24, the bodies of 26 adults and children who apparently died embracing each other were found on a cliff top.

Among those killed in the fires that swept Eastern Attica were a Belgian tourist and a Polish woman and her son.

On July 23, hundreds of firefighters battled the flames, which were fanned by winds of up to 100km/h (60mph).

The prime minister has declared a state of emergency in Attica, saying all emergency services have been mobilized.

Meanwhile, Germany, Italy, France, Romania and Poland have all sent help in the form of planes, vehicles and firefighters, while Spain, Turkey, and Cyprus have also offered assistance.

The Greek government and emergency services are facing allegations that their response to  emergency was too slow.

A Supreme Court prosecutor has ordered a probe into the cause of the fire, amid allegations that there had been no evacuation plan in place.