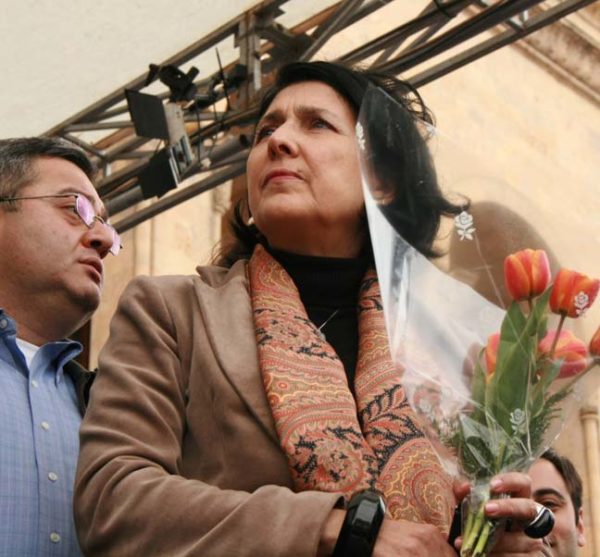 Salome Zurabishvili has become Georgia’s first woman president after winning 59% of the vote.

The 66-year-old French-born ex-diplomat was backed by the ruling Georgian Dream party, while her rival, Grigol Vashadze was a united opposition candidate.

A new constitution is due to come into force, making the role of president largely ceremonial.

Salome Zurabishvili was born in Paris after her parents fled Georgia in 1921 following its annexation by Soviet forces.

She took up a career in the French Foreign Service and was posted to the Georgian capital, Tbilisi, as ambassador in 2003. She later gave up her post and the then-president of Georgia, Mikheil Saakashvili, appointed her foreign minister.

However, the strength of the vote for Salome Zurabishvili raises questions. In just a few weeks she managed to get 20% more votes than in the first round.

The vote is good news for the most powerful man in Georgia, billionaire Georgian Dream party chief Bidzina Ivanishvili.

It is the last direct election of a Georgian president, as the country is switching to a parliamentary system, following constitutional reforms adopted in 2017.

The presidential election is also seen as an indicator of how parliamentary elections in 2020 could go.

Georgia is seeking EU and NATO membership. But both ambitions are obstructed by Russia’s troop presence in Abkhazia and South Ossetia – breakaway regions of Georgia.

The opposition complained of voting irregularities and attacks on its campaigners, but this has been denied by the ruling party.