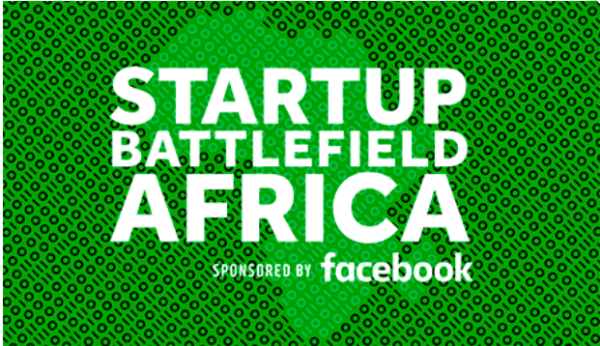 This December 2018, TechCrunch will host TechCrunch Startup Battlefield Africa 2018. TechCrunch, like many other publishers and businesses, is starting to take notice of Africa’s thriving startup scene. There are several benefits to entering the competition as an African startup. Aside from potentially winning a cash grand prize and trip San Francisco, all participating startups will receive extensive media exposure, and may even meet influential people in the startup world. Some of the most successful—and recent—African startups include:

Across the continent, there are over 300 tech hubs that are helping startups through mentorships, investment deals, and professional advisement. In the last six months alone, 11 startup incubators and accelerators have been launched to help these startups grow and secure funding. Furthermore, during the first half of this year, African startups managed to raise $160 million, which surpasses all investments made during the entire 2017 year.

TechCrunch welcomes eligible African-based early-stage startups to apply for participation in Startup Battlefield Africa 2018. As TechCrunch sorts through its volume of applications, it will base their decisions largely on which startups have the highest potential for an exit or IPO.

A team of highly skilled editors, who have years of experience analyzing potential high-value startups, will ultimately select 15 startups to compete. According to TechCrunch, eligibility requirements include:

Like many startup competitions and programs, it’s important that you have all the little details lined up. Before you apply, you should have a branded website with reliable hosting. You should understand the difference between shared and VPS hosting, as it can mean the difference between a smoothly running site and one that crashes. For example, if you plan to receive an influx of leads after you’ve been accepted into the competition, your website could lag with shared hosting.

Furthermore, it’s important to understand how this particular competition works. These 15 chosen startups will receive free pitch coaching from a team of editors chosen by TechCrunch to help them prepare for their Battlefield presentations. Each team of startups will participate in three preliminary rounds in batches of five. Each team will have just six minutes to pitch their products or service. After each demo, a panel of judges have another six minutes to engage in a Q&A session, where they’ll be able to learn more about what each startup has to offer and what their current or potential future financial trajectory looks at.

Five of the 15 startups will move on to the semi-finals, and one of those five will be chosen as the winner. Winners will receive a $25,000 prize to help grow their startup and will not lose equity in the process (which is what usually happens when startups participate in accelerator or incubator programs). If the winning startup team qualifies, they’ll also receive a free trip to compete at TechCrunch Disrupt 2019 in San Francisco.

You’ll also want to take your time with your application. Have other people read over it to ensure that it makes the most sense, and that aren’t you aren’t missing any integral parts that could be important to the judges.

Another tip for ensuring success with your application and in the competition is to watch other people pitch their startups, and there are plenty of videos online to aid you. Look at pitch decks for other startups, too. By looking at other startup pitch decks, you’ll gain insight into how successful companies are securing investments and spots in competitions and programs. A few necessary components of a pitch deck include:

This isn’t the first time TechCrunch has turned to Africa to offer local startups a chance. Last year, the publisher held Startup Battlefield Africa in Nairobi and focused on technology that optimized supply chains, strengthened farmer’s revenue, and increased access to education. You can check out the entire event on this YouTube video covering the competition.

Startup Battlefield alumni include Yammer, Dropbox, Mint, LearnVest, Zenefits, Trello, Fitbit, and many others, and they’ve cumulatively raised over $8 billion.