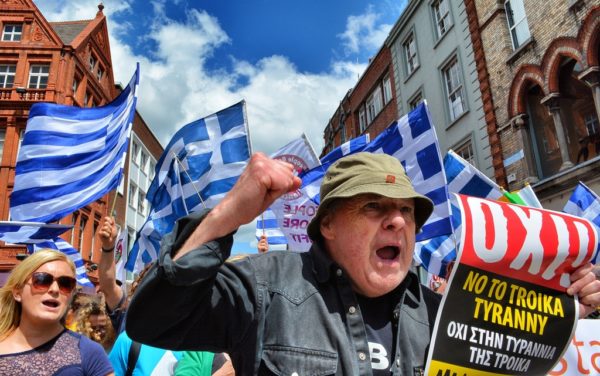 It was part of the biggest bailout in global financial history, totaling some €289 billion, which will take the country decades to repay.

Deeply unpopular cuts to public spending, a condition of the bailout, are set to continue.

However, for the first time in eight years, Greece can borrow at market rates.

Greece Bailout: IMF and EU Reach Common Position on How to Proceed

Greece’s economy has grown slowly in recent years and is still 25% smaller than when the crisis began.

The EU’s Commissioner on Economic and Financial Affairs, Pierre Moscovici, said: “From today, Greece will be treated like any other Europe area country.”

Greece’s reforms had, Pierre Moscovici said, “laid the foundation for a sustainable recovery” but he also cautioned that its recovery was “not an event, it is a process”.

According to the International Monetary Fund (IMF), only four countries have shrunk economically more than Greece in the past decade: Yemen, Libya, Venezuela and Equatorial Guinea.