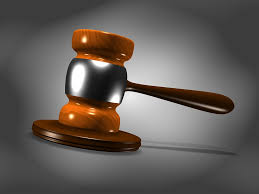 It can sometimes feel like lawyers and judges are talking in another language. In actuality, basic legal terminology is pretty easy to understand once you’ve been in court a few times and seen how things work. Context matters a lot, and so observing court proceedings is a great way to get an introduction to the legal world. However, most of us have better things to do than hang around a courthouse for hours on end, and TV shows don’t always do the best job of painting an accurate portrait of the legal system.

The meaning of guilt and innocence

There are multiple types of lawyers for multiple types of court, but we tend to pay the most attention to things that happen in criminal court. In criminal court, you’ll hear terms like plaintiff and defendant.  A plaintiff is the person or party bringing the case. So if a case were called “State of Washington v. John Doe,” then the State of Washington is the one bringing the charges. John Doe is the defendant, meaning he must defend himself against the charges. However, the burden of proof lies with the prosecuting attorneys who work for the state. You may have noticed that a jury will declare someone “not guilty” rather than “innocent.” See, the prosecution has to prove their case beyond a reasonable doubt. That means the jury should have more to go on than just, “I don’t like that guy’s tie; he must be guilty.”

Sometimes juries struggle to define “reasonable doubt,” because different people have different definitions of a “reasonable person.” Typically speaking, though, arguments like, “My evil twin did it and framed me,” aren’t going to fly in most courtrooms unless something else is seriously wrong with the prosecution’s case. A competent criminal defense law firm can generally come up with a better defense than one involving secret evil twins. If they can’t, most good lawyers will try to talk to prosecutors and get a plea deal for their client. In a plea deal, prosecutors and defense attorneys meet in the middle, often by having the defendant plead guilty to a lesser charge.

It’s easy to think of immigration court as a type of criminal court, especially since the people who appear there can be held in a detention center beforehand. However, if someone is pulled over for drunk driving and then found to be in the country without documentation, then they must be handed over to immigration authorities before they can be deported, and immigration court is considered civil, rather than criminal. State prosecutors will charge the person for drunk driving, and they will have the right to a public defender if they can’t afford to hire their own attorney. Someone appearing in immigration court, though, has no right to their own counsel. There are activist groups that work to provide immigrants with lawyers free of charge, or pro bono, but those groups don’t have endless resources. Immigration courts aren’t considered part of the judicial branch of government, either; instead, they’re overseen by the U.S. Justice Department, and Attorney General Jeff Sessions has received some pushback on his plan to speed up immigration court proceedings.

The best time to address an immigration issue is before an arrest. That may not always be possible, especially in cases where people’s parents brought them to America as children, but if, for instance, you’re a Canadian who is trying to immigrate to America, contact an immigration lawyer in Toronto prior to crossing the border. It’s a complicated, confusing system that often bears little resemblance to other kinds of court.